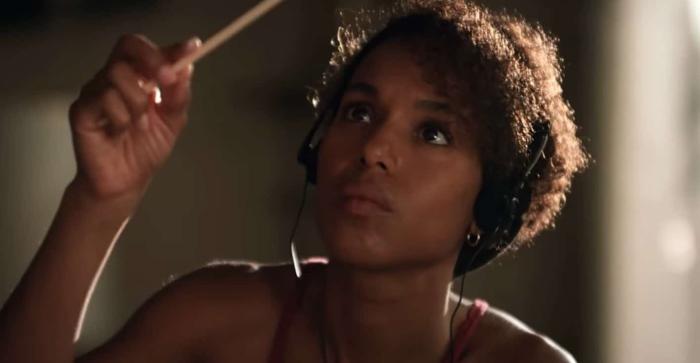 Little Fires Everywhere has an incendiary start, literally. We open on a suburban house in Shaker Heights, Ohio being gutted by flames as fire fighters try to control the blaze, and Reese Witherspoon looks on in despair. From there, we walk about a year back to find out what led to that explosive moment, and why Reese’s 15-year-old daughter Izzy is missing from the aftermath.

The first three episodes of this adaptation of Celeste Ng’s novel take a lot of the spirit of the book; they explore themes of motherhood, of identity, of not hearing other people and not hearing yourself. Her first novel, Everything I Never Told You, was an exploration of one family dealing with a tragedy and the ways that their own flaws and insecurities made it impossible for them to meaningfully connect with each other. Little Fires Everywhere took some of those same concepts and turned them outwards; what happens when two very different families and two very different mothers begin to cross-pollinate. How much do we value the love we have and how much do we long for the kinds of love we have never gotten? What values do you espouse when they cost you nothing and what values do you live by when things get hard? What do you consider unforgivable, and from who?

The two central characters in this story are Reese Witherspoon’s Elena Richardson and Kerry Washington’s Mia Warren. Elena is a well-off journalist at a local paper with four teenage children and a lawyer husband, while Mia is an artist who lives an itinerant lifestyle and takes part-time jobs to support her and her daughter between art sales. Elena first calls the cops on Kerry Washington’s Mia when she sees her sleeping in her car. Later, Mia contacts her about a rental property for herself and her daughter Pearl (Lexi Underwood) without realizing she’s the person who called the cops. Elena immediately realizes who Mia is and trips over herself to offer her the apartment at a cheap rate and ingratiate herself with the family because she’s “a good person.” And so the two women and their families become connected. One of the biggest early changes from the novel is that Mia and Pearl are both black, so while the novel explored the classism leveled at Mia and Pearl, the show has leaned harder into showing racism against them as well. Some of the Richardson family conversations are breathtakingly tone-deaf, dripping with misconceptions, bias, and microaggressions even as they pat themselves on the back for being “good people” and “welcoming” as well as “open-minded.” The terms “good intentions” or “best intentions” are ones that get thrown around a lot in the Richardson household.

In the first episode, we begin to explore the tensions between these two women and their daughters. Elena’s daughter Izzy (Megan Stott) is entering high school and is openly defiant and insolent, but still clearly desperately wants her mother to love her and see her as she struggles internally with something she’s not ready to name. Mia’s daughter Pearl wants to settle down for at least a year in one place, specifically Shaker Heights after she becomes enchanted by the Richardson’s lifestyle. The conflicts here begin to set up some of the questions about motherhood and families that will only grow more complex as the series continues. One of the things I enjoyed about the book is that it didn’t offer easy answers or set up anyone as a clear villain. I hope the show is able to be as capable of presenting challenging situations and concepts without softening the edges.