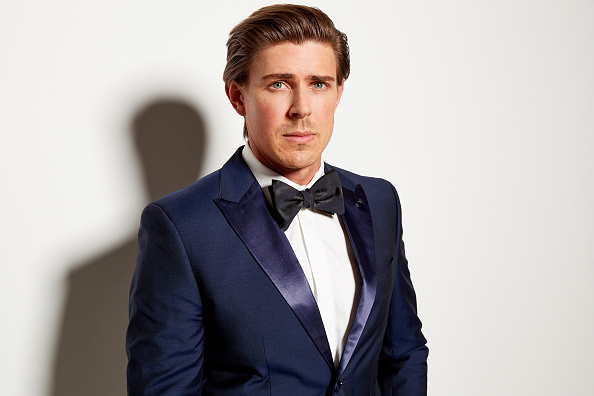 So, We're Still Doing 'How I Met Your Father,' Huh? With Piz?

For all the sh*t that Friends rightfully gets for its lack of representation, it’s interesting that How I Met Your Mother, which ran for nine seasons and premiered the year AFTER Friends left the air, has somehow avoided similar criticism. I guess that’s what happens when you tank the ending so badly that it’s all anyone can remember about the series.

Anyway, Ted Mosby didn’t deserve Tracy McConnell and he didn’t deserve Robin Sparkles. It was a bad ending for a series that slid downhill for its last 3-5 seasons and that CBS only kept on the air because of crazy syndication money. And now look! Every show with a fanbase of more than 12 had a reunion show or special or get together during the pandemic, except for How I Met Your Mother because after that finale, no one wants to ever talk about it again.

It’s not going to stop Hulu, however, from resurrecting the series and gender flipping it. How I Met Your Father comes from Isaac Aptaker and Elizabeth Berger, who were writers on This Is Us and the creators of Love, Victor, the television spin-off of the film, Love, Simon, for which they wrote the screenplay (Full disclosure: I loved Love, Simon).

The series has already cast its lead, Hilary Duff, whose Lizzie McGuire reboot was axed by Disney+ last year (I think it was more mature than what Disney wanted). Duff’s character name is Sophie, and she will be the one with the father whose identity won’t be revealed until the series has strung us along for nine seasons. Meanwhile, this week, the series has also cast as another lead, Chris Lowell, recently of Promising Young Woman, but also of the terrific but little-seen Enlisted. He’s probably most famous, however, for playing Stosh “Piz” Piznarski in Veronica Mars, of whom I am probably the only one true defender on the Interwebs.

There are three slots left among the lead cast, and so far, it is 150 percent white.


← Starz 'Blindspotting' Review: The Movie's Best Character Gets Her Own Series | 15 Years On, Pink's 'Stupid Girls' Stands as a Misguided Feminist Call in the Age of Bubblegum Misogyny →