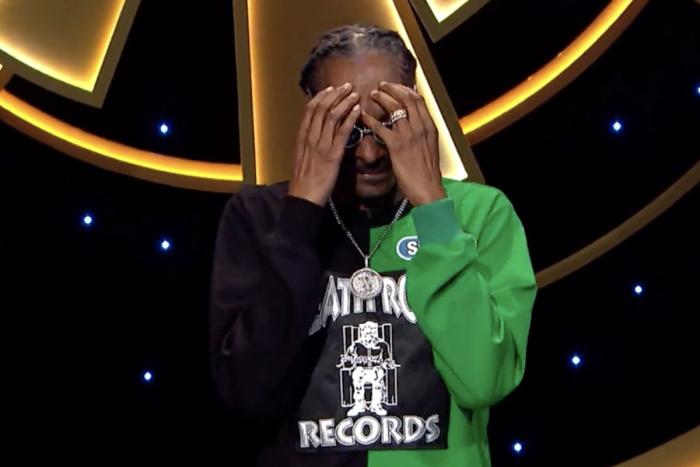 Snoop Dog Is Terrible at 'Celebrity Wheel of Fortune'

Here’s a little Saturday morning treat for you all: While the smarty-pants celebs (except Jalen Rose, ouch) are over playing Celebrity Jeopardy (more on that this week, but go Ike!), ABC has also been running Celebrity Wheel of Fortune on Sunday nights. I haven’t watched yet — not a “Wheel” fan — but I may check out the episode that had both Kristen Schaal and Ron Funches, and maybe the one with Tig Notaro, too.

Meanwhile, Snoop Dog played in the first episode of the season, which aired a few weeks ago. I guess it entails some sort of speed round, and in it, let’s just say that Snoop Dog didn’t perform particularly well, but he came with some hilariously creative answers, all the same. Someone was kind enough to compile them all into a two-and-a-half-minute clip, which may be the highlight of your day.

I gotta get myself a toilet atlas.


Celebrity Wheel of Fortune and Celebrity Jeopardy air Sunday nights on ABC (and are available the next day on Hulu).