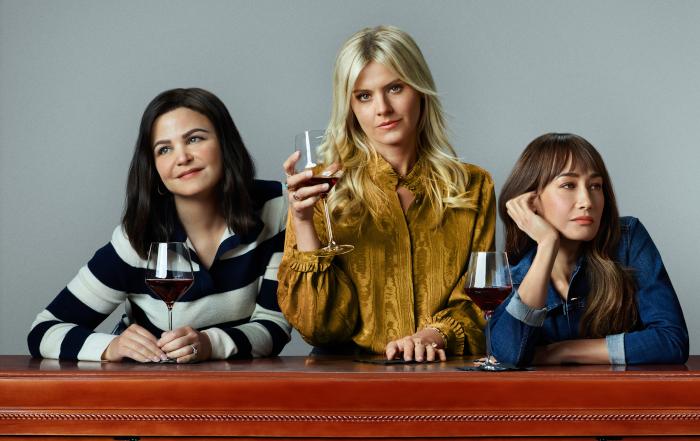 The networks have been rolling out new sitcoms of late, which has been nice change of pace given how little attention half-hour comedies have received from broadcast television in recent years. I don’t think we’ll ever see another comedy hey-day like we had in the aughts and early ’10s with The Office, Scrubs, 30 Rock, Parks and Rec, Community, et. al. At least the networks are trying again, even if the best new sitcom they’ve come up with in recent years is, uh, Home Economics.

Kaleena reviewed the best of the new crop of sitcoms last week, Abbot Elementary, but here’s a brief look at some of the others.

— American Auto: NBC’s American Auto is Justin Spitzer’s follow-up to Superstore, which itself was The Office (where Spitzer was also a writer) set in the world of retail. American Auto has ingredients from Superstore and The Office, but it’s also a a solid satire of corporate culture akin to Better Off Ted and 30 Rock. Ana Gasteyer plays the new CEO of an auto manufacturer, and while she knows nothing about the auto industry, she comes from Big Pharma, so she knows a lot about Big Profits. Sadie (Harriet Dyer) is the marketing director who is in over her head, and she and Jack (Tye White) — who came up from the factory floor to offer the blue-collar perspective — are the Jonah/Amy or Jim/Pam of the series. It boasts a great ensemble, including Jon Barinholtz playing a white-collar version of his Superstore character, and Michael Benjamin Washington, who designs automobiles and is the Phil/Lem of the series. It’s smart and very funny after only three episodes, so if it gets an opportunity at a second season, I can only see it getting better. NBC would be wise to give this one time to find an audience because it could run for years on NBC and help beef up the catalog of binge-able content on Peacock.

— Grand Crew: NBC’s Grand Crew is very much a Friends Living Single clone with an all-Black cast, but the cast — which includes Nicole Byer — is very good. It’s a dating-in-your-20s sitcom, so while it all feels old-hat to many of us, broadcast networks haven’t done a good dating sitcom in years. Then again, how many people in their 20s are still watching broadcast network sitcoms? It’s modestly amusing with some potential, thanks to the cast, but the ceiling on it is low. I hate the title of this sitcom, too, but I do love that Echo Kellum’s character is obsessed with romantic comedies and grand gestures.

— Pivoting: Despite the phenomenal cast, Fox’s Pivoting is bad, at least based on the pilot episode. How do you go wrong with Eliza Coupe, Ginnifer Goodwin, and Maggie Q (and also Tommy Dewey of Casual fame). Coupe, Goodwin, and Maggie Q play best friends in their 40s who decide to recommit to living better lives after another mutual best friend dies. Coupe plays the host of a cooking show who is a terrible mom and decides to be a better one; Goodwin plays an unhappy housewife who decides she wants to leave her husband and sleep with her gym instructor; and Maggie Q plays a doctor who gives up her stressful career to work in a grocery store. It should be the perfect comedy for the Great Resignation era. Maybe it gets better — and with this cast, I will stick with it for a while — but the premiere episode has little going for it besides Coupe’s always reliable caustic delivery.


← The Foo Fighters Find Demonic Inspiration in Their Horror-Comedy, 'Studio 666' | 5 Shows After Dark: 'The Kings of Napa' Premiere OWN, 'Naomi' Premiere The CW →