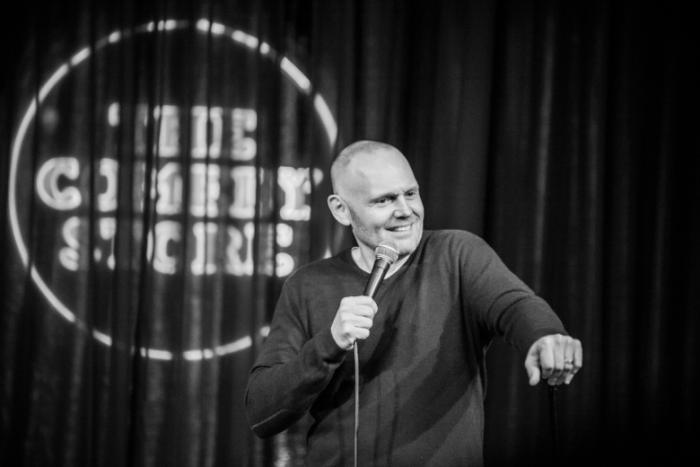 Showtime's 'The Comedy Store' Review: The Good Times Are Killing Me

Working only from the title of the series, I initially assumed that Showtime’s The Comedy Store would be a dramatization of the early years of the famed stand-up venue, and I felt a thrill of excitement at the prospect of an honest behind-the-scenes account. Instead, The Comedy Store is a five-part documentary from Mike Binder, a comedian in the early days of “The Store” turned director of mostly forgotten films like The Upside of Anger and Reign Over Me.

In too many ways, perhaps, the documentary format — featuring a series of A-list comics as talking heads — is less revealing and maybe even less honest than a dramatization might be. To the comics who went through The Comedy Store, especially in the early years (Letterman, Leno, Jimmie Walker, etc.), it’s revered to insane mythical proportions, and — in the first episode, at least — this doc does absolutely nothing to puncture that myth. To these comics, The Comedy Store (and Mitzi Shore) was a foundational institution in the comedy world.

That may be true, but it’s also sort of depressing, given how overwhelmingly white and male the comics who came out of the Comedy Store have been over its nearly 50-year existence (which is largely reflected in the talking heads chosen to participate in the documentary). I mean, look: Letterman is a hero of mine, and I love listening to him and other old-school comedians on WTF with Marc Maron wax nostalgic about The Comedy Story, share tales about their experiences, and repeatedly ask each other, “Hey, have you heard from old so-and-so lately? Oh yeah, I texted him last week. He’s doing well.” Those podcast episodes are great in a sippin’-lemonade-on-the-front-porch sort of way. As a five-hour television documentary, I had hoped that it would probe deeper than, “Remember that hilarious bit you did back in ‘77?’”

Not that The Comedy Store isn’t without merit, at least for fans of the comedians who have come out of it, like Letterman or Leno or, more recently, Nikki Glaser, Joe Rogan (ugh), or Chris Rock. It’s also interesting to note who came through there that we might have forgotten was even a comic, like Michael Keaton, who was not only a Comedy Store mainstay in the ’70s but palled around with the likes of Letterman, et. al. The premiere episode also goes deep on the meteoric rise and subsequent suicide of Freddie Prinze, which I will admit I knew little about. It’s fascinating enough that it probably deserves a stand-alone documentary movie, rather than being interspersed among interviews with Whoopi Goldberg talking about how great Mitzi Shore was, or a clip of Marc Maron going through scrapbooks in The Comedy Store office.

That said: I do like The Comedy Store, but really only for its nostalgic value. I genuinely enjoy listening to old-timers talk about the good-old-days. I wish, though, that they could be more insightful, more introspective, and most of all, more critical of those experiences, and how — though they all obviously succeeded — The Comedy Store may not have always been an ideal gatekeeper to the comedy world, especially when it helped to make famous the likes of Chris D’Elia, Bryan Callen, Andrew Dice Clay, and Louis C.K., who I understand is also inexplicably interviewed for this documentary without even a passing reference to all the female comics he sexually harassed over the years.