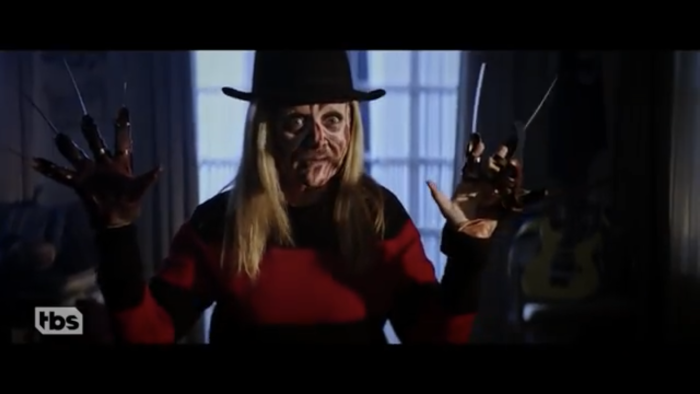 Samantha Bee Has Been Running The Best Halloween Promo

I love a good Halloween-based promo! It used to be that you’d have to wait until mid-October and then before you knew it, spooky commercials were gone. Nowadays, people start running ads in the style of All Hallows’ Eve as early as September. Take Samantha Bee as an example (which you should do anyway, for most things in life)!

A couple of weeks ago, Bee began running a Halloween ad for her show Full Frontal. In it, Bee dresses up as various Halloween movie villains and stars in an attempt to scare people… away from being complacent in this year’s election! “Cause I know in 2016 you thought we had it in the bag, but we’ve been living in a straight-up horror movie ever since,” says Bee while dressed as the killer from Scream.

And that’s just the tip of the iceberg. Her Buffalo Bill is… uncanny.

The best part about the bit is that it doesn’t just feel like an ad for her show. It feels more like a sketch. Something that would be on the show on, say, a Halloween episode but that’s out there for us to enjoy up to and including Halloween. Bee’s show is taking advantage of the build-up to Halloween (a Halloween season, if you will) and I am here for it. That sort of treatment used to be reserved for Christmas. Now it’s ours!

You can check out the video below and tell me, what are some of your favorite Halloween based ads? (I’m just gonna say Halloween one more time for good measure: Halloween!!)