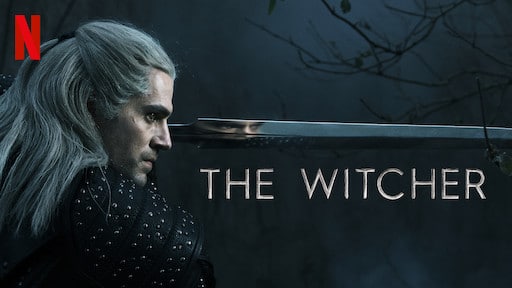 Full disclosure: I had a teensy little mental breakdown and was diagnosed with COVID-19 despite my literal OCD attempts to stave it off. Now? I’m back at Pajiba here and there. Aren’t you all so lucky?

For my first offering back, I’m giving you the gloriously gorgeous Henry Cavill all dressed up in his Geralt gear for Season 2 of Netflix’s The Witcher series.

Here’s a first look at Henry Cavill as Geralt in Season 2 of #TheWitcher! pic.twitter.com/vL4QEBdePV

I don’t think it’s so weird anymore to have crushes on fictional people or video game characters, but it is really nice to have a real human man all dressed up as the White Wolf so our fantasies are a little less pixelated and a lot more, uh, fleshed out. I think we can agree this is a Very Good Start to this week if we now all collectively log off of the internet and just go to our rooms for a while, yes?

Aside from that bit of carnal joy, Twitter makes some really good observations as well.

So much better! They finally laid his edges!

This response though? Really nails our reactions, yes?

There is no current release date for Season 2, but there is a synopsis:

Convinced Yennefer’s life was lost at the Battle of Sodden, Geralt of Rivia brings Princess Cirilla to the safest place he knows, his childhood home of Kaer Morhen. While the Continent’s kings, elves, humans and demons strive for supremacy outside its walls, he must protect the girl from something far more dangerous: the mysterious power she possesses inside.