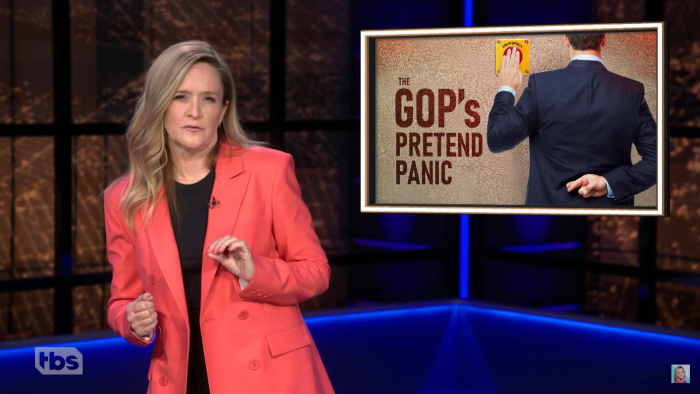 Faux Outrage isn’t just a cool bar in Brooklyn anymore. The GOP has been using drummed up nonsense in an attempt to skewer new Supreme Court Justice Ketanji Brown Jackson. Before we get into the nitty-gritty, just let that sit with you for a second.
Supreme Court Justice Ketanji Brown Jackson. A truly monumental appointment. No matter what Senate Republicans attempt next, nothing will change that.
Senators like Ted Cruz and Marsha Blackburn know who they were appealing to with their attacks on Jackson. They’re just too cowardly to say it out loud. They are courting conspiracy-driven Q-Believers. They are going after the fringes of their party in an attempt to gain favor with their ex-president/soon-to-be Republican nominee.

This isn’t new behavior. The GOP started appealing to Trump’s base as soon as it was clear he would get the nomination in 2016. Before that, they had nothing but terrible things to say about him. Lindsey Graham, one of the same Senators who is now doing Trump’s dirty work, lamented a party led by the failed businessman. The GOP will happily discard morals for a chance at victory and that mentality has only gotten worse.

For now, Republicans will vent and project. They will accuse others of being pedophiles when members of their party are actively being investigated for pedophilia. It is frustrating and disgusting. But do you know what isn’t? Say it with me: