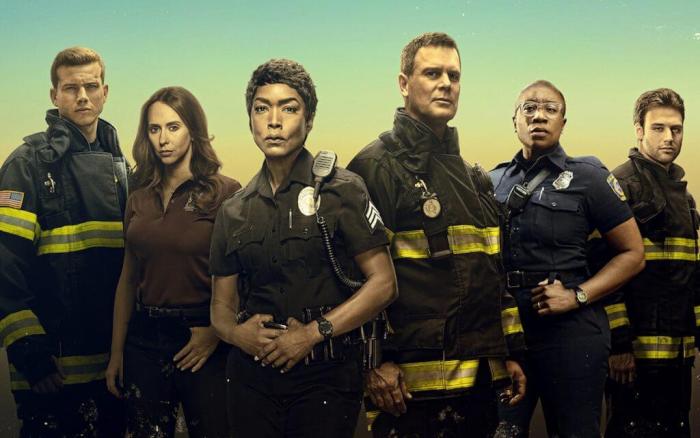 [Spoilers] Fox's '9-1-1' Loses Another Cast Member, This Time Over a Vaccine Mandate

I don’t know how it happened, but somehow we’re already in the 5th season of Fox’s 9-1-1, a show that honestly hasn’t been that great since the second season. The series used to mine ripped-from-the-headlines accidents and combine it with darkly comic Final Destination kills. But these days, it’s mostly about the character melodrama. It’s not enough that these firefighters and cops rescue other people, now they’re always rescuing each other, too, and then processing their feelings. Ugh.

There’s also been some cast turnover, which is to be expected for a procedural that has run as long as 9-1-1 has. Connie Britton left after the first season (although, she had only signed on for one season) only to be replaced by Jennifer Love Hewitt. JLH’s character, Maddie, disappeared earlier this season — her character ran away after experiencing post-partum depression. I expect she will be back (JLH recently gave birth, so she’s probably on maternity leave). I don’t know why JLH’s leave of absence had to mean substantially less screen time for Kenneth Choi’s Chim — who is searching for Maddie — but taking one of the series’ best characters away from the action certainly hasn’t helped this season.

Losing Rockmond Dunbar is not going to help, either. Dunbar, who plays Michael Grant, the ex-husband of Angela Bassett’s Athena, was abruptly written out of the series last night. Michael Grant, who ended his marriage with Athena because he is gay, proposed to his doctor boyfriend in last night’s episode, and the two of them are relocating to Haiti to perform relief work.

In real life, however, Rockmond Dunbar — who has been with 9-1-1 since the beginning — has exited the series, at least for the time being, over the vaccine mandate. Dunbar, who says he is not anti-vax, sought both medical and religious exemptions to the mandate but was denied, as Dunbar told Deadline:

“I applied for religious and medical accommodations pursuant to the law and unfortunately was denied by my employer,” he said. “My sincerely held beliefs and private medical history are very intimate and personal aspects of my life that I do not publicly discuss and have no desire to start now. I’ve been an actor in this business for 30 years, but my greatest roles are as a husband and father to our 4 small children. As a man that walks in faith, I look forward to what the future holds.”

I’m going to try and withhold judgment because I like Dunbar (Hell yeah, Terriers!), but I reckon the best thing one can do as a father of four small children is to protect them by getting vaccinated, which will also allow Dunbar to better provide for them because I suspect he’s going to lose out on a lot of job opportunities without that vaccination.

Also, I don’t know what the man’s faith has to do with public health. As for his “private medical history,” well, we all know he’s not vaccinated now, which is more than we would otherwise know about his medical history had he not left the series over the mandate.

Dunbar is reportedly well-liked on the set (and close with co-creator Tim Minear), so his exit is open-ended should his vaccination situation become resolved. I don’t see productions not requiring COVID vaccinations for a long time, if ever, so I guess this is goodbye, Michael Grant.