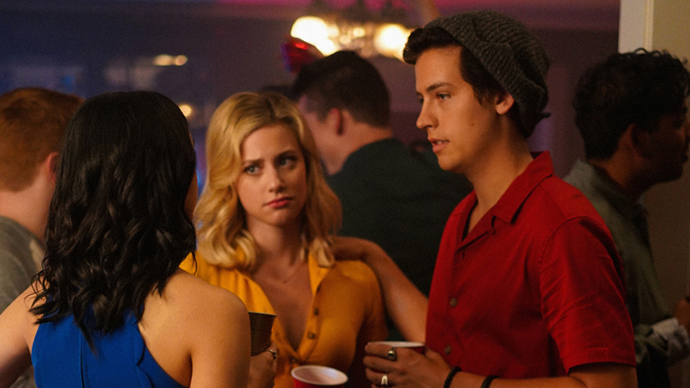 'Riverdale' Combines 'A Secret History' with 'Psycho,' 'Ferris Bueller,' and 'All That Jazz'

I tell myself I’m going to quit after every season and every episode of Riverdale, but I can’t bring myself to do it, not because I enjoy Riverdale (I do not), but because I have to see what happens next. The problem is, Riverdale is a little like the Donald Trump of teen dramas: It’s parody-proof.

This week’s episode was, for all intents and purposes, the season premiere because last week’s episode was essentially a stand-alone tribute to Luke Perry. Here, in “Fast Times at Riverdale High,” we pick up on the first day of senior year. The episode opens the night before when Betty/Jughead and Archie/Veronica chat about the upcoming school year before retiring to their separate spaces to have sex. Do people in the real world do this? “Good chat, but we’re gonna go fuck now. Bye!” because that’s exactly what happens. Betty and Jughead start making out, then Veronica says to Archie, “I think that’s our cue,” and then everyone rips off their clothes and Riverdale takes a detour into the CW version of soft-core porn.

On the first day of school, our foursome is confronted with a new principal (on account of the last one being dead). His name is Mr. Honey, and he’s played by Kerr Smith from Dawson’s Creek, because Riverdale gets a lot of mileage out of former stars from teen soaps in the ’80s and ’90s. 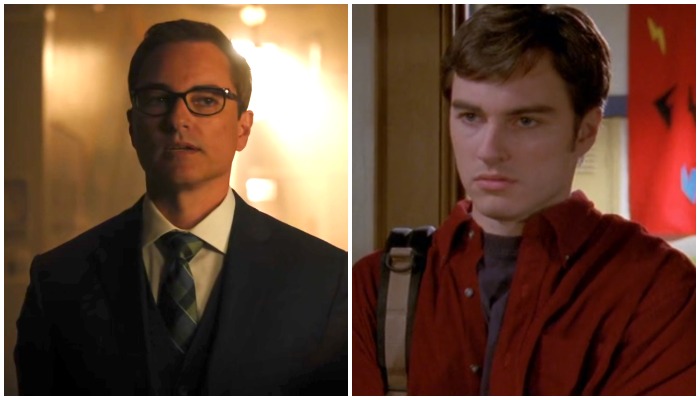 Mr. Honey is a hard-ass, and he immediately shuts down the Back to School Dance, because he’s tired of all the murderin’ at Riverdale High. Cheryl, in turn, decides to throw a party at her place. Mr. Honey, for no reason other than he hates these damn kids, calls the cops on Cheryl’s party, setting up what I expect will be a rivalry between Mr. Honey and “Queen Bee” Cheryl, who — by the way — is keeping the corpse of her dead brother, Jason Blossom, hidden away in her house. They have chats. It’s very Psycho. 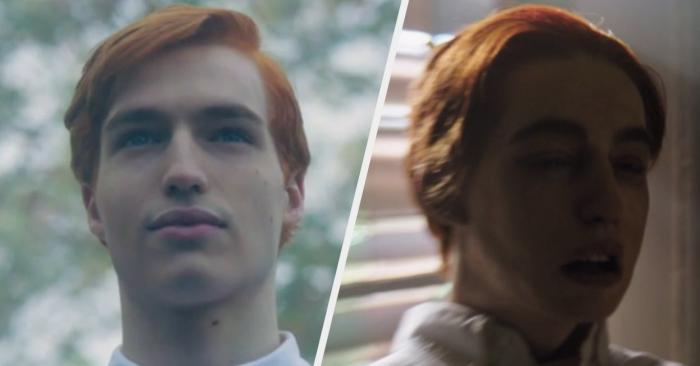 Meanwhile, Archie has convinced Mad Dog to go back to school and get his diploma. Mad Dog also joins the football team and shows up Reggie during practice, much to the dismay of Reggie’s dad, who hits Reggie for sucking at football. Archie, however, helps Reggie to stand up to his dad, and by the episode’s end, Reggie is pulling a Cameron Frye, taking a bat to his dad’s Porsche. “Sometimes I think he loves this car more than he loves me.” (The damage is limited to the windshield, and the Porche does not fly out of a window because Riverdale doesn’t have the budget to destroy a Porsche).

Veronica, meanwhile, is dealing with the paparazzi, who hound her at school because they want to know if she supports her father — who is in prison — or her mother, who is also in prison. In the end, after performing “All that Jazz” at her cabaret bar — as you do — she agrees to speak to the paparazzi if only to tell them that she supports neither Hiram nor Hermione. She supports only herself. In fact, she changes her last name to her mom’s maiden name, Gomez, to apply to Harvard.

Betty, meanwhile, is still dealing with The Farm cult. Her mother, Alice, is working undercover for Betty’s half brother, Chuck (who is in the FBI) to bring down The Farm. Alice, however, is missing and no one knows where The Farm is located. Meanwhile, Kevin is desperate to make amends with Betty after nearly dragging Betty away for a literal lobotomy on behalf of The Farm last season. Betty takes advantage of Kevin’s existing relationship with his sort-of love interest, Fangs, at The Farm. Betty reveals to Kevin that Alice is working undercover to bring down The Farm, and Kevin — in exchange — finds out from Fangs where The Farm is located. Kevin also feeds false intel to Fangs that Penelope Blossom is an informant.

Finally, in what is expected to be the big season-long arc, Jughead is invited to attend a prep school, Stonewall Prep, after one of the teachers reads an essay he submitted to a contest. While Jughead is initially reluctant to leave Betty behind, he eventually agrees to attend because it offers him educational opportunities he would not otherwise have. Flash forward briefly to spring-break, and Archie, the cops, and a search and rescue team are out in the woods looking for Jughead in a very obvious nod to Donna Tartt’s A Secret History, which is honestly the only thing I am really looking forward to in the fourth season.

← Meghan Markle Opens Up About Pressures of Negative Press | 'Supernatural' Recap: The Winchesters Vs. Jack The Ripper (Plus Kevin Tran!) →