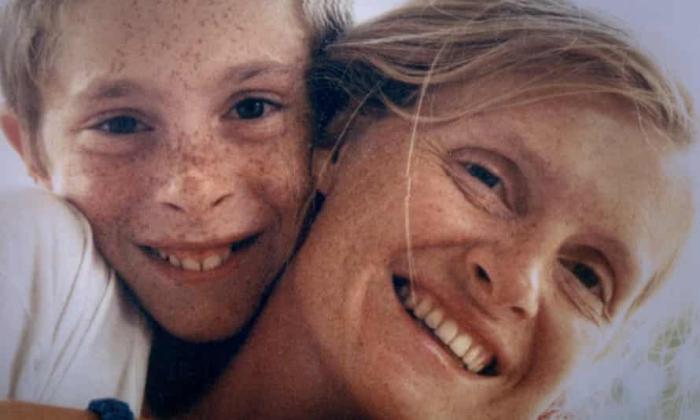 Review: Netflix’s ‘Sophie: A Murder in West Cork’ Examines One of Ireland’s Most Brutal Unsolved Crimes

In 1996, just before Christmas, the French television producer Sophie Toscan du Plantier was brutally murdered outside of her holiday home in the countryside near Schull, County Cork. The case gripped and terrified the nation with Madame du Plantier’s death being referred to as the first murder in the region in over a century. As the press swarmed the tight-knit community and fingers were pointed, the Irish Police, known as the Garda Síochána, focused in on one Ian Bailey, an English journalist covering the story. Over the course of close to 25 years, the interest in du Plantier’s death hasn’t lessened, nor has Bailey’s insistence on his innocence.

Sophie Toscan du Plantier’s death has been the subject of much true crime fascination lately. A podcast, West Cork, dug deep into the case and found new information, and ended up becoming Audible’s most listened-to podcast series of all time. In the UK, director Jim Sheridan, perhaps best known for My Left Foot and In the Name of the Father, produced and fronted a five-part series for Sky Crime called Murder at the Cottage. There’s even a new book on the subject written by someone who was a long-time ‘friend’ of Bailey. A quarter of a decade after her passing, Madame du Plantier has become yet another statistic. To Netflix, she’s another beautiful white woman to hang an entire genre upon.

Going into Sophie: A Murder in West Cork as someone with a lot of experience with both this genre and Netflix’s particular handling of it, it’s hard not to feel somewhat skeptical about what will unfold. While the streaming service has some true masterpieces of true crime under its belt — most notably The Keepers — it’s also all too prone to moments of pure exploitation under the guise of glossy infotainment. Their recent series on the Night Stalker and Son of Sam murders relished in the violent and needlessly conspiratorial nature of their subsequent cases, presuming that the gore and scaremongering were why these cases warranted such interest in the first place. Other series, from Don’t F**k With Cats to Crime Scene: The Vanishing at the Cecil Hotel, tried to dress up their leering eye with self-aggrandizing moralizing, which only served to heighten how queasy their intent was. And then there’s Tiger King, a show that dropped all pretenses of documentarian legitimacy the moment its director knew a good meme when he saw one. Sophie: A Murder in West Cork is, mercifully, not in those leagues, but still, even this four-parter can’t help but rely on those tropes that Netflix has made their true-crime bread and butter.

Toscan du Plantier was a successful producer with a 13-year-old son and semi-celebrity husband who enjoyed the solace of Ireland and the freedom from her life her holiday cottage gave her. The documentary takes its time in showing Sophie to be more than a victim, with several of her family members offering often brutally honest testimony. They explain her frequent bouts of morbidity and melancholy, as well as her dissatisfaction with her marriage and career. One aunt refers to her as having ‘an Alice in Wonderland quality.’ Many of Sophie’s family were also remarkably open to the press, with her mother offering journalists access to her daughter’s diary and private papers. As with all victims in the vein of Sophie — those beautiful cishet white women who are catnip to the press and documentarians such as these ones — every aspect of her life became news. In the series, one journalist confesses to feeling eager to know more about Sophie after seeing ‘this beautiful French woman on the front page’ of a newspaper. Others admit to reading those diary excerpts and feeling chilled by what they saw, unable to stop themselves from connecting such words to her gruesome death. Eventually, articles began claiming that Sophie had lots of ‘male visitors’ to her cottage and that she saw ghosts on the moors and other such assertions. These details came from Ian Bailey, the English freelance journalist who happened to live in the area and was the first on the scene when Toscan du Plantier’s death was announced.

Bailey is a man who could most generously be described as an eccentric. He rambled on to every local who would listen that he believed Sophie was murdered by a contract killer hired by her husband. Eventually, as the Garda made him a person of interest, bundles of notable details emerged. A police tip named Bailey as a man seen near the scene of the crime in the very early hours of Toscan du Plantier’s death. Various testimonies claimed that Bailey had confessed to the killing, including a local teen who remembered hearing Bailey tell him that he bashed Sophie’s head in with a rock. There was never enough tangible evidence to convict Bailey or put him on trial for murder. He’s quick to remind the documentary makers about that detail.

Yes, Ian Bailey is here, and by the final two episodes of this series, he has soaked up the lion’s share of the narrative’s focus. He still lives in West Cork, browses the town where multiple residents accused him of murder, and writes poetry of questionable merit on his emotional strife. Mostly, however, he seems eager to just have someone to talk to, a quality that many of the featured talking heads roll their eyes at. He brags that the Garda zeroed in on him as a person of interest because he was more educated than the usual murder suspect. As the show moves forward, we spend more time focusing on his many legal battles, including unsuccessful libel suits and an attempt at taking on the Garda. Eventually, the French courts step in to try Bailey for murder in absentia, a decision with fascinating geopolitical ramifications that exposes the ways that the definition of justice varies from nation to nation. While Toscan du Plantier’s family is ever-present during these moments, it’s clear that the series as a whole isn’t as interested in her anymore. A Murder in West Cork becomes yet another 21st-century true crime documentary obsessed with trying to extract some sort of confession out of its subject, or, at the very least, in showcasing an accused criminal’s suspicious behavior.

It’s tough to not be taken in by such framing. Regardless of whether or not you think Bailey did it, you find yourself taking sides and thinking more about him than Sophie Toscan du Plantier. There are certainly some damning moments here, such as Bailey’s history of violence against his partner and the way he tries to justify his actions with an ‘it takes two to tango’ analogy, but it seems as though the series wants its spluttering Robert Durst moment more than anything else. It comes at the expense of both the victim and the more tangled elements of this story that seriously require some scrutiny.

The alleged corruption and ineptitude of the Garda is mentioned but not dwelled upon, and the same goes for the ethical and legal questions surrounding the French court battle. The Irish system requires that guilt be proven beyond a reasonable doubt, while in France, the courts only require what the series refers to as a bouquet of evidence to convict. Essentially, if there’s enough evidence and it’s compelling enough, that gets the job done. The French case included testimony that had been recanted and certain details that never would have stood up to the scrutiny of the defense in Ireland, but they still found Bailey guilty (he’s been fighting extradition demands ever since.) That this very messy and complex issue is given about half of the final episode feels like a rush job. After such a promising start, A Murder in West Cork exposes its own disinterest in the case beyond the lurid surface. I’m not sure why I felt so disappointed by this U-turn. It felt so horribly inevitable for a Netflix true-crime special.

It’s made all the more aggravating by how genuinely interesting and often enlightening the series is in its first half. Interviews with Schull locals offer a rich portrait of a town forever traumatized by Toscan du Plantier’s death and mired in theories and paranoia surrounding her murder. The cultural gap between Ireland and France is exposed, as is another disheartening recurring feature of this genre, police incompetence. You watch that first episode and you feel confident that Sophie: A Murder in West Cork can stick the landing and avoid the genre’s pitfalls. And then it dives headfirst into them.

Sophie: A Murder in West Cork is now available to watch on Netflix.