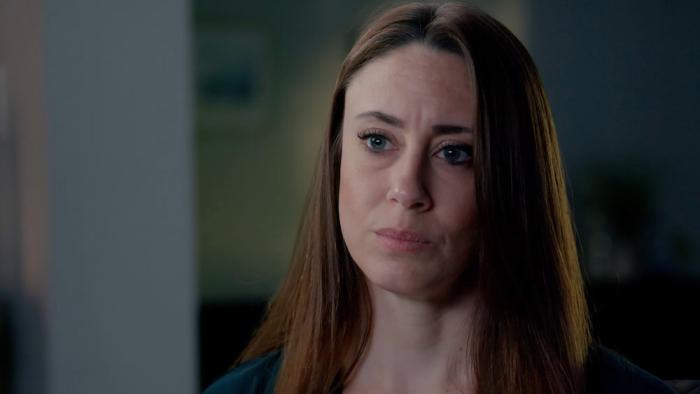 For those who may have been blissfully ignorant of Casey Anthony, here’s a very brief overview of the case: In 2008, 22-year-old Casey Anthony and her two-year-old daughter, Caylee, were living with Casey’s parents, George and Cindy Anthony. In July of that year, Cindy Anthony called the authorities to report that Caylee had been missing for 31 days and that the inside of Casey Anthony’s car trunk smelled like a dead body. Meanwhile, during the time in which her daughter was missing, Casey Anthony went out partying, lived with her boyfriend, and even got a tattoo reading “Bella Vita” (“beautiful life”), and made no outward efforts to locate her missing daughter.

After Cindy notified the police, Casey Anthony lied and said that Caylee had been kidnapped by her nanny and that she was too scared to tell the police. She also lied about a number of other basic things, like working at Universal Studios (she did not), that she had informed co-workers of Caylee’s disappearance (she did not), and that Caylee called her during the time in which she was missing (she could not because she was dead).

Six months later, Caylee’s remains were found in a wooded area near the Anthony house with a blanket inside a laundry bag. There was duct tape on the skull and mouth.

After a six-week trial in 2011, Casey Anthony was acquitted of murder.

If you are wondering how Casey Anthony was acquitted, honestly, so am I. I can only surmise that “reasonable doubt” means different things when a defendant is a brown man (Adnan Syed) than when the defendant is a young white woman. Casey Anthony’s defense at the time was that Caylee had drowned and that Casey and George panicked and covered up her death. The reason many believe Casey Anthony was acquitted was that the prosecution overcharged her: She was facing a first-degree murder charge and the death penalty. While the jury might have convicted her of a lesser charge, they were not willing to sentence her to death based on the prosecution’s evidence.

Where the Truth Lies

In the opening episode of the three-part documentary Casey Anthony: Where the Truth Lies, Casey Anthony — giving her first extensive interview since her 2011 verdict — admits that she lied to police officers in 2008 (lies for which she was convicted and served time in prison). She says that all she ever knew then was lies, that she had been telling lies all of her life, she had been conditioned to do so by her father, and that she lied because of trauma.

What trauma, exactly? Though the court would not let Casey Anthony argue it during the trial because the defense could not offer evidence of it, Casey Anthony alleges that both her father and her brother sexually abused her. She said she had lied her whole life to cover up the abuse, of which she was ashamed, and she claimed that the lies continued even after her daughter went missing. She even lied, she said, about the accidental drowning defense. The truth, she alleges, is that her father killed Caylee.

Why did she continue living her life for 31 days after her daughter went missing? Casey claims that on the morning of Caylee’s death, her father brought the cold and lifeless body to her and said that he was going to make things OK. Casey claims she believed him, and believed him when he told her Caylee was still alive. For 31 days, Casey claimed, George Anthony repeatedly told her not to worry, that Caylee was fine, and that the two would be reunited soon. Casey believed her father, she claims, because of the control he had been able to exert over her owing to the sexual abuse. “During the 31 days, I genuinely believed that Caylee was still alive. My father kept telling me she was OK. I had to keep following his instructions … I just knew I had to do what he wanted me to do.” Casey Anthony continued to believe, she alleges, that Caylee was OK up until the day her body was found.

As for the tattoo? “That was my ‘f**k you’ to my family … That was a subconscious way for me to speak out about all of it.”

In the third episode of the series, Casey also alleges, based on specious evidence, that George Anthony also sexually abused Caylee Anthony and that he may have killed Caylee to cover up his abuse of her. Casey claims that when she was younger, her father would place a pillow over her face until she passed out and then he would abuse her. She believes that George Anthony did the same thing to Caylee, that he killed her, and that he placed her in the pool in order to cover up her murder.

Casey Anthony and, presumably, the documentarians’ case seems to hinge upon one fact that they seem to believe supports Casey’s assertion that George Anthony was solely responsible for Caylee’s death: George Anthony testified against Casey in the trial, and they seem to believe that George never would have testified against his own daughter in a death penalty case unless he was trying to cover up his own crime, because what father would want to put his daughter to death? The documentarians seem to believe this is a mind-blowing revelation, featuring footage of two people who start to question their own belief that Casey was guilty after pondering why George testified against Casey.

The reality, however, is less “mind-blowing”: George testified against Casey only after Casey’s defense team began insinuating that George had been responsible for Caylee’s death.

Viewers, obviously, can draw their own conclusions. While I am sympathetic to claims of sexual abuse, Casey Anthony’s story is not particularly credible. She claims that she’s lied all of her life, but that she is now “brutally direct, maybe even too honest.” Much of her behavior regarding Caylee reads as performative — the first several minutes of the documentary, for instance, are of Casey lovingly examining old photos of her daughter. There are a number of inconsistencies in Casey’s story despite 15 years to get her facts straight, and it often feels like Casey is adding new details to the story as she goes along. For instance, Casey claims that her father used to tell her that he likes the “sweet smell of her sweat,” and upon hearing that George said something similar about Caylee at her funeral, she arrives at the conclusion that George must have also been abusing Caylee, ergo he must have killed Caylee to cover up his abuse. (The observation about her sweat is creepy, but it’s a large leap from “my grandaughter’s sweat smells sweet” to “I molested my granddaughter and murdered her to cover it up.”)

There is also the fact that Casey Anthony did nothing during the 31 days her daughter was missing because George Anthony told her it was going to be OK. She said she believed him, but she also got a tattoo as a “f**k you” to him?

The documentary, nevertheless, is vaguely interesting, if only because it’s the closest we’ll get to a cross-examination of Casey Anthony. The documentarians — while providing “both sides” of the story — clearly have some sympathy for Casey’s side and are clearly dramatically drawn toward it. George Anthony and Cindy’s presence in the documentary is also lacking. Though Casey offers no evidence of George’s abuse, it’s certainly not proof that it didn’t happen (providing evidence of childhood sexual abuse is practically impossible), but Casey’s changing and inconsistent defense buckles under even a glancing inspection. Though it’s obviously not Casey Anthony’s intent, those who believe she was guilty will probably come away from this three-hour documentary even more convinced of her guilt.