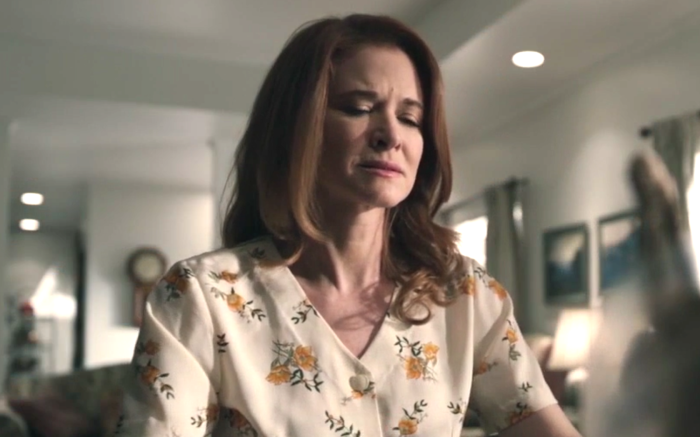 After the first few episodes of Freeform’s Cruel Summer, the urgency seems to have worn off. There’s still a central mystery — did Jeanette Turner actually see Kate Wallis in Martin Harris’ house? — but even that question feels less pressing, as we’ve gotten to know the characters. It feels more clear now that while Jeanette did occasionally sneak into Harris’ home — she loved the thrill of it — she doesn’t seem to be a teenager so cruel that she’d intentionally allow Kate to remain captive. It’s also clear that Kate suffered some real trauma while locked in Harris’ basement, but it’s also obvious that she’s lying about something from that night.

In fact, the more pressing mystery for me is how did Harris die? And how did Kate escape? And what’s missing from that story? We know that Harris groomed her, and we know that he locked her in the basement, and we know that he filled the basement with enough supplies for her to live on, but we don’t know much else. This week, we at least learned a little more about Harris, at least inasmuch as he certainly wasn’t interested in a relationship with Tanya, the single mother of one of Jeanette’s popular friends, Tenille (who by August 15th, 1994 had distanced herself from Jeanette).

During one of Jeanette’s sneak-ins (this time to steal a CD for her friend Vincent), Harris comes home early with Tanya, who essentially steamrolled Harris into a date, bullied him into taking her home, and then spilled several inappropriate secrets to get Harris to sleep with her. One of those secrets, which she shared on a first date, was that she had tricked a man into believing that he was the biological father of Tenille to collect support. This is important only to the extent that, when Tanya suggested she had information detrimental to Jeanette’s defamation case, Jeanette was able to blackmail her into “forgetting” about that information.

Jeanette wanted to steal a Liz Phair CD from Harris’ house for Vincent because Mallory — that constant troublemaker — had convinced Vincent and Jeanette to do some shoplifting at the mall in 1993. Mall security nearly caught Vincent with the CD, but Jeanette snagged it from him and took the fall. In fact, she was kind of proud of herself for being apprehended by mall security, and while waiting for her dad to come, also ran into Jamie, who’d been snagged for jumping into the fountain. I’m sure that Jamie being impressed with Jeanette for being a secret rulebreaker helped lead her to her popular-girl makeover in 1994.

In either respect, when Greg fetched Jeanette from mall security, he agreed not to tell Jeanette’s mom that she’d been apprehended, which was a small but telling crack in the marriage between Greg and Cindy in 1993. By 1994, however, they were well on their way to separation, and it wasn’t — as we previously believed — because Cindy was concerned with how rumors had destroyed her reputation. It was more because Greg refused to listen to her. Cindy suspected that there was more to Jeanette’s story than what they were being told, and did a little privacy invasion in Jeanette’s room, where she found a house key hidden under Jeanette’s jewelry box. Cindy was convinced that the key belonged to Harris’ house, but Greg refused to consider that possibility until after Cindy verified it. By that time, Greg had continued a pattern in which he doubted or didn’t listen to his wife. That night, Cindy left Greg to go live with her sister.

A year later, we finally meet Cindy in 1995. She and Greg are obviously still separated, but Cindy decides to pay a visit to Greg’s new girlfriend, Angela, who is a bartender. Cindy is not upset or angry with Angela; she only wants to have a drink with her because she misses Jeanette and hopes that Angela might fill her in on Jeanette’s life. “She misses you,” Angela tells her, and that is true. But Cindy also learns from Angela that Greg had been telling people that she left him, which is not true.

There are four episodes remaining, and it still feels like there’s a lot left unresolved, and yet Cruel Summer continues to take detours by introducing new characters (like Tanya) only to dismiss them while going an entire episode without returning to Kate and the series’ other big mystery: Who is Anabelle? We may get some more answers on that during next week’s episode, which takes place on her birthday.


← JLo vs. ARod: When a Power Couple Splits and the Media Battle Begins | 5 Shows After Dark: 'The Masked Singer' on Fox, 'The Conners' Third Season Finale, 'Life at the Watering Hole' Premiere PBS →