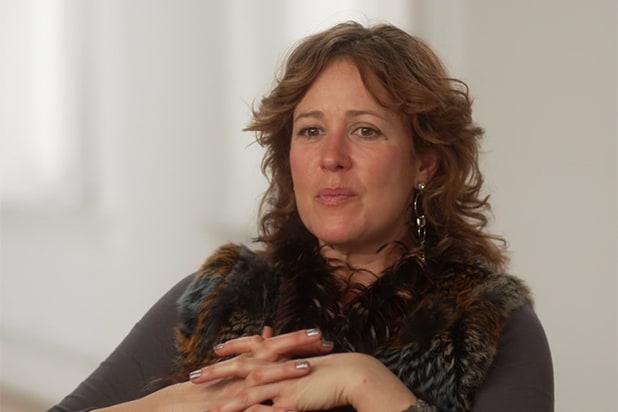 In this week’s episode of The Real World Homecoming: New York, we learned that there’s a lot of woo woo among the season one’s cast members. Eric Nies — who is still holed up in a hotel with COVID — phoned in a few times, and we learned more about the last 30 years of his life, some of which he spent with a shaman. Now he’s into healing and listening to his body because “it’s a temple” and defeating COVID-19 with herbs and ice baths (he literally took an ice bath in this week’s episode to scare the virus away with cold water). It all seems very harmless, and Nies remains as charming and likable as ever. Honestly, whatever he’s doing to his body is working, too, because he looks great, and so far, anyway, the COVID has no desire to mess with him.

We also learned more about Heather and Kevin, the two Black cast members from season one who were often unfairly contrasted despite similar backgrounds. Heather was perceived as the Cool Black Girl and Kevin was perceived as the Angry Black Guy. In the intervening years, Heather has, however, continued to be cool as hell, but also incredibly hard working thanks to advice she took from Whoopi Goldberg — she has three radio shows and spends something like 10 hours a day on the air. In fact, she was doing one of her radio shows from the Real World SoHo loft.

Kevin, meanwhile, spent years working as a journalist with Vibe, where he also developed a strong connection and friendship with Tupac Shakur. Kevin has also been a prolific freelance writer and author (he’s written 14 books), as well as a big activist and humanitarian who ran for Congress twice (losing both times). Although Eric is the cast member who spent time with a shaman, it’s Kevin who seems to have reservoirs of patience, which we’ll get to in a moment.

The big story of episode two, however, was Becky. Oh, Becky. It’s hard to make sense of where she’s been in the last 30 years, although she did continue her music career for a few years (she used to be in a band with the late Adam Schlesinger). More recently, she taught theoretical physics and healing (see, woo woo) — it’s “very medical,” she said, but she can’t “legally say it’s actually medical” because it’s new-age bullshit.

The big revelation, however, is that she confessed that she conjured John Lennon in a game of Ouija back in college and continued to communicate with him until 2002 (including during Real World season one), when Lennon finally left her, right after writing her a song. What?

Eric Nies, it goes without saying, “loves this type of stuff. I love this spirit world. It’s right in my wheelhouse … I’ve been in communication one way or another with the spirit world since I was a kid.” Everyone else in the house — Andre in particular — seemed skeptical, although Becky continued to insist that she had no reason to lie, and that John Lennon was “just a guy” she hung out with in the spirit world from time to time, no big deal!

All of this, though, was a precursor to the episode’s main event, which was to relive the conversation about race that Becky and Kevin had 29 years ago. Rewatching the conversation, it was clear that almost everyone in the room felt uncomfortable, and most of the white people had evolved in their own thinking since 1992 and saw the conversation for what it was. Becky, on the other hand, seemed to want to pick up right where she left off in the original conversation.

Kevin, for his part, apologized for the way he behaved in 1992, to the extent that he ended the conversation by calling Becky “the b-word.” He also spoke about how he himself has evolved in the intervening years. It is impossible not to admire the guy. Unless you’re Becky.

“The problem that a lot of us who are Black or who are people of color have is that a lot of white folks simply cannot see [racism],” Kevin said.

“Can I say something,” Becky chimed in, as if on cue. She then went on to speak for what felt like half an hour, quieting down Kevin anytime he tried to speak, while also apologizing for not listening to Kevin in 1992. It was beyond parody. “I’m not trying to interrupt you, but …” she continued, interrupting frequently. By the end of the conversation, Becky was literally saying that the argument wasn’t all of Kevin’s fault, that she was partially to blame, too. Then she called Kevin “emotional” and insisted it wasn’t racist, which elicited a lot of WTF reactions. “I guess we just don’t agree,” Becky concluded, “but that doesn’t make me a racist … I wasn’t saying you were a crazy, emotional, angry black man, Kevin!”

And that is when the episode ended, with Kevin’s head in his hands, and everyone else wearing their Yikes’ faces. It was as though they were all back in 1992 again.


← Nah. I Simply Refuse to Understand What is Going On Here | Netflix's 'Marriage or Mortgage' Review: This is a No-Brainer, Right? →