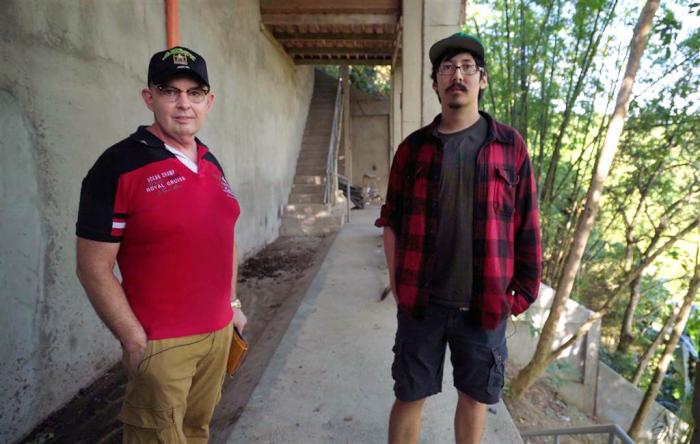 'Q: Into the Storm' Offers the Sympathetic Profile of QAnon Supporters that No One Asked For

Way back in September, before all the fallout at Reply/All, they ran a podcast about QAnon in which they revealed with near certainty the identity of Q. Last night, HBO’s QAnon six-part docuseries Q: Into the Storm began airing, and they asked the same question — who is Q? — which will be answered in the finale.

The answer, however, has already leaked, and is generating news stories, and I just want to save you all six hours by telling you that Reply/All was right, and whatever else you might think about the podcast, it packs all you need to know about QAnon and its origins into 56 minutes instead of six hours.

On the other hand, I watched the first episode of Q: Into the Storm last night, and my charitable assessment is this: It is not necessary. It is a megaphone for QAnon. It humanizes its supporters, and while I wouldn’t say it creates false equivalencies between QAnon supporters and those who spend their time debunking QAnon, it does pit the two sides against one another.

More than that, however, I would say that the docuseries is less about the cultural importance and/or danger of QAnon and the spread of misinformation on social media, and more about the messy drama behind the scenes. I love messy celebrity gossip! These people are not celebrities, however. They are people who sought to spread dangerous misinformation with the specific intent of creating an event like the Capitol insurrection. These people used Q to raise their own brand awareness and to profit from needlessly demonizing politicians, celebrities, and other liberals as pedophiles.

But I guess what put me off fairly early on are the interviews with a husband and wife team who quit their jobs to devote their lives full-time to promoting Q, and they were talking admiringly of what their work has meant to other people, how it “saved their lives” or “brought them out of depression” or “gave them purpose.” That’s called a “community,” and communities are great — online or in the real world — but not if the communities are devoted to the spread of disinformation that divides the country, endangers lives, promotes bigotry, endangers Democracy, and results in attempts at coups. If you want to join a community, hang out in our comments section for a while, or join the Ted Lasso Reddit.

All of which is to say: I need a sympathetic profile of a QAnon supporter like I need another goddamn hole in the head, and from what I have seen of the first episode of Q: Inside the Storm, there are an awful lot of attempts to “understand” these people and treat their relationships, arguments, territorial disputes, and alliances as gossip instead of the bullshit that it is.

Also, Jim Watkins was Q. He doesn’t know anything and has no inside connections to anyone. He’s just a dude.