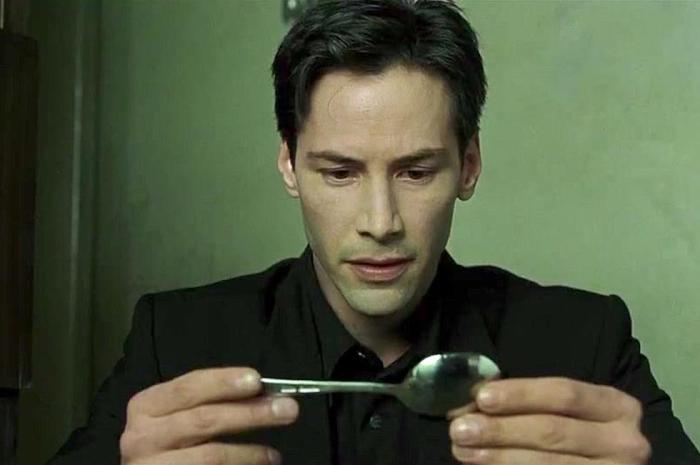 June is Pride Month, so what better time to curl up on the couch and catch up on new and old favorite LGBTQIA films? Here’s a run-down of 13 films and television shows available on streaming sites to get you feeling out and proud.

This 2019 PBS documentary uses archival footage and interviews with drag queens, police detectives, journalists and street hustlers to examine how and why Pride was born out of a riot at the Stonewall Inn in New York City, June 1969. (Amazon Prime, June 1)

Whether you’re a fan of Jane Austen or you just have a penchant for witty teens, there’s something to appreciate in queer icon Cher Horowitz (a perfect Alicia Silverstone) and her quest to shop, play match-maker and, ultimately, grow as a well-rounded human being. What do you mean you haven’t seen Clueless in a hot minute? Ugh, as if! (HBO Max, June 5)

In a year that has seen an alarming number of dangerous and destructive anti-trans laws introduced throughout the US, this 2015 Frontline documentary is a timely reminder of just who is at risk: vulnerable queer youth. Growing Up Trans focuses on a generation of trans kids who have been forced to become their own spokespeople in the fight to live their authentic lives. (Amazon Prime, June 1)

A critical and commercial failure when it was released in 2009, Jennifer’s Body centers around the sweet/toxic queer relationship between Needy (Amanda Seyfried) and Jennifer (Megan Fox, in a career-best performance). The film has undergone a significant reappraisal in the last five years to become a cult classic, in no small part thanks to its unabashed feminist themes and endlessly quotable dialogue, courtesy of Diablo Cody’s whip-smart screenplay. (Hulu, June 1)

Sure, no one has seen Luca yet, but queer audiences have already latched onto Disney’s latest animated film, which focuses on a coming-of-age story about the title character, his male best friend, and their “secret” status as merboys. It doesn’t take a degree in LGBTQIA Studies to read into the queer-coding. (Disney+, June 18)

If you’re looking to raise your action quotient for Pride, why not revisit one of the defining film trilogies of the ’90s - ’00s? With The Matrix films, the Wachowski sisters single-handedly reinvented the way Hollywood makes action films. What’s fascinating is how, in hindsight, the films readily support a trans reading. There really is no spoon! (Peacock, June 1)

Gus Van Sant’s glamorized biopic depicts the life of San Francisco activist and politician Harvey Milk, who became the first openly gay elected official in California before his untimely murder in the late ’70s. The film boasts a bevy of big-name stars (several of whom are also openly queer) and went on to win two Oscars: one for best screenplay (Dustin Lance Black) and one for lead actor Sean Penn. (Peacock, June 1)

June is a month for serving lewks, so what better way to get in the spirit than a film that’s 90% heteronormative beauty jokes? Everything about Miss Congeniality is safe and delightful, from Sandy B’s Extreme Make-Over to Candice Bergen and Michael Caine’s bitchy quips. We’re long past April 25, but a rewatch of the film is still the perfect date. (HBO Max, June 1)

Livingston’s doc on voguing and Ball culture has fallen out of favor with some because it was made by a director who wasn’t a member of the community it represents. Paris is Burning nonetheless remains an influential and vital piece of queer culture and history, influencing everything from RuPaul’s Drag Race to Pose. (Criterion Channel)

This Australian dramedy series follows a group of aimless twenty-somethings navigating life and love, but it stands out from other like-minded projects thanks to its sweet, awkward, and charming tone. Lead actor (and series creator) Josh Thomas lands the cutest boys, but it’s his relationship with his Mum (Debra Lawrance) and their respective struggles with mental health that gives the series its heart. (Hulu, 4 seasons)

This is arguably the least conventional pick on the list. Korean director Park Chan-wook’s English language debut features not only two queens in Nicole Kidman and Mia Wasikowska, it has a gay screenwriter in Wentworth Miller. Plus: there’s something deliciously seductive about this tale of a teen girl who becomes infatuated with her mysterious uncle (Matthew Goode) who may be a serial killer that makes it perfect for Pride. (HBO Max, June 1)

An LGBTQIA list wouldn’t be complete without a musical! This ’80s classic features a stacked cast that includes James Garner, Robert Preston, Lesley Ann Warren, and the luminous Julie Andrews in a gender-bending lead performance as a soprano who finds work as a drag performer. (HBO Max, June 1)

Joe Lipsett is a film critic with bylines in Bloody Disgusting, Consequence, Grim, and Anatomy of a Scream. He co-hosts the Horror Queers podcast on the Bloody Disgusting Podcast Network and also co-hosts the YA literature adaptation podcast Hazel & Katniss & Harry & Starr. He also enjoys dark beer and playing a variety of sports (badly). Twitter: @bstolemyremote