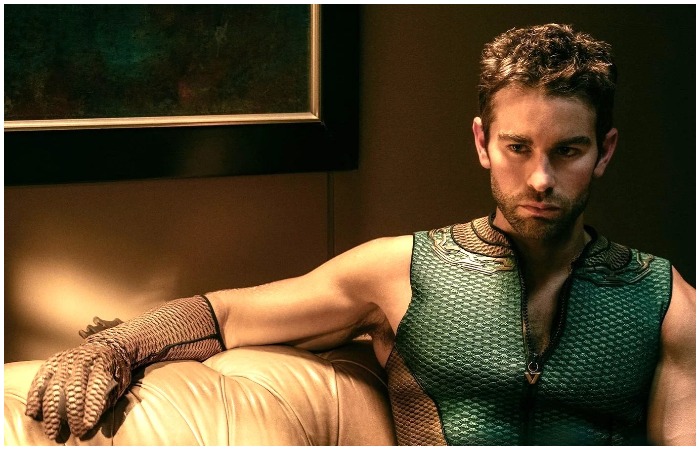 If you haven’t seen the three-episode third season premiere of The Boys yet, two scenes, in particular, have been singled out for discussion this week. One involves “sounding,” which is something I had to look up because I thought it was a typo in James’ recap, and the other involves an octopus.

Specifically, Chase Crawford’s character, The Deep, is forced by Homelander to eat a close friend of his, an octopus named Timothy. The Deep really, really doesn’t want to do this, but he’s egged on by his new girlfriend and left with little choice if he wants to rejoin The Seven. It is … an unpleasant scene because as he’s eating the octopus, he can hear Timothy’s thoughts. “He’s begging for his life … he has kids. He’s praying, he’s praying,” The Deep says, as the Octopus struggles to avoid being uneasily devoured.

It is a … hard scene to watch. But, Timothy is a CGI creation and not an actual octopus, which is apparently enough to elicit the “Tech, Not Terror” Award from PETA “for the cruelty-free and thought-provoking scene.” I suppose it is “thought-provoking,” although mostly it’s really hard to watch for reasons that PETA may appreciate: Timothy is depicted as an octopus with feelings and a soul and a family.

“The Boys’ real heroes are working behind the scenes, creating a realistic CGI octopus so that animals can live in peace,” says PETA Senior Vice President Lisa Lange. “PETA is celebrating this series for helping viewers see every octopus as an individual like Timothy, not as an entrée or as entertainment.”

Fair enough. If I’d ever given a thought to eating a raw, live octopus — and I haven’t — I would certainly reconsider it after that scene, which you can watch — or rewatch — here, if you’re masochistic enough.


← Trans Youth Are Under Attack and Samantha Bee Is Sick Of It | Review: 'Jurassic World: Dominion' Is Like a Raptor Claw Across the Belly →