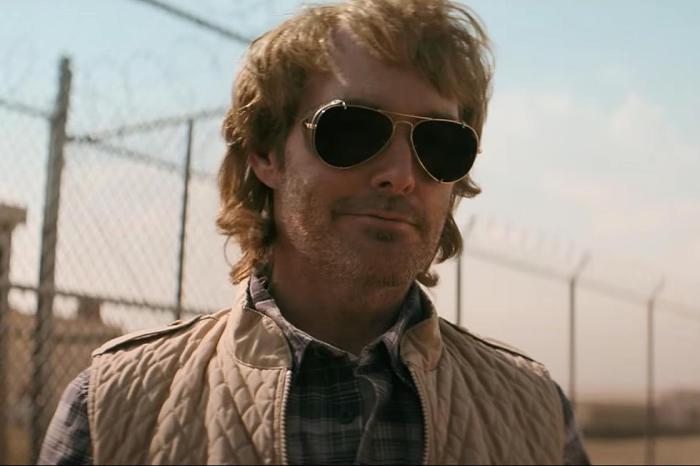 If you are a fan of the Will Forte cult movie MacGruber, there’s no reason to expect you won’t be a fan of the sequel TV series on Peacock. It possesses the same sense of humor, the same threadbare plot, and many of the same characters (both Kristen Wiig and Ryan Phillippe return). There are moments of pure nonsensical delight in MacGruber, moments that will leave you in stitches, and moments of comic genius.
Then there’s everything else. The extent to which you will enjoy MacGruber depends on how much you enjoy MacGruber’s sense of humor, and how much patience you have for everything else.

Look: MacGruber is based on an SNL skit, and not even a full 3-5 minute skit. SNL peppered three or four one-minute MacGruber segments into an episode. That is the pure, undistilled form, and those tiny doses are basically perfection: Setup, joke, explosion.

Will Forte took that skit and he turned it into a self-aware action-movie spoof with a great cast and a lot of nonsense and released it in 2010. It was a box-office bomb, earning only $9 million. Still, it grew into a cult movie and found a fanbase, although I’d be hard-pressed to tell you whether it was a large fanbase or a smaller, very vocal one, comprised mostly of very online people and entertainment writers. There was certainly an appetite for a sequel to MacGruber among entertainment writers who probably willed it into existence by repeatedly asking if there would be one. However, I’m not sure even those entertainment writers had the requisite follow-through (the Peacock series, released a month ago, has only 17 reviews from critics (only 8 from Top Critics) on Rotten Tomatoes and only 30 user reviews). I don’t know what the streaming numbers are on this (Peacock doesn’t release them), but the social-media buzz has been virtually nonexistent, and I was only reminded that it was out by an effusive Adam Scott Instagram post last week.

Still, if you love a lot of penis/semen/poop jokes that are rarely suitable to the context in which they are delivered, it’s hard to go wrong with MacGruber. It picks up years after the original, which didn’t have the happy ending we might have expected after the credits rolled. MacGruber was tried for the murder of Val Kilmer’s Cunth (and the desecration of his corpse), and during the trial, he attempted to throw Piper (Ryan Phillipe) and Vicki (Kristen Wiig) under the bus. Piper lost his career and is working as a driving school instructor, while Vicki has moved on and is in a relationship with General Barrett Fasoose (Lawrence Fishburne), with whom she wants to have a child. Fasoose also happens to be the same man who pulls MacGruber out of prison. A new bad guy, Enos Queeth (Billy Zane), has kidnapped the President’s daughter, and the only person he will exchange her for is MacGruber.

It’s a suicide mission, but MacGruber obviously survives. He reunites with Piper and Vicki to prevent Enoth Queeth from using a dangerous weapon (in MacGruber’s possession) to kill millions of people. He is sometimes successful. Sometimes, he is not. There are twists and turns, and good guys who reveal themselves as bad guys. Maya Rudolph makes an appearance, as does Sam Elliot, as MacGruber’s father.

The plot, such as it is, hardly matters. It’s the jokes that matter, and they land a good 60 percent of the time, and the best ones often involve elaborately disgusting sex scenes with Kristen Wiig. It’s one joke stretched beyond its breaking point, but that’s also the point. If you tell the same joke over and over, people will laugh the first time, they might chuckle the second time, they will be increasingly annoyed the next few times before they grow outright angry, and then they will come back around to laughing again the 10th time you tell the joke. MacGruber operates almost entirely in the realm of the 10th time. The cast — Forte and Wiig, in particular — completely commit themselves to the absurdity of it, and therein lies the remaining joy of MacGruber: Watching great comedic actors abandon their dignity in service of a laugh.

Sometimes it works. Sometimes, it doesn’t.


← The Gutting of the A.V. Club is an Embarrassment to the Industry and a Horrible Sign of its Future | 5 Shows After Dark: 'Book of Boba Fett' on Disney+, 'The Amazing Race' on CBS →