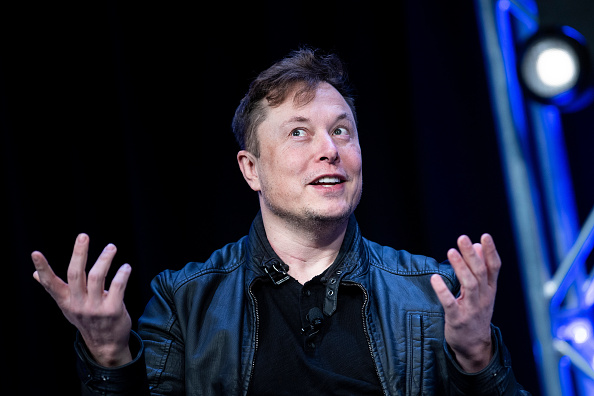 Morning Briefing: Does the Deficit Actually Matter? How Much Money Do You Really Need?

I am not an economist. I am a Democrat. I believe that rich people should be taxed heavily, that poor people should not pay taxes, and that everyone else pay an equitable share. I also believe in capitalism, but that the wealth accrued from it should be redistributed fairly. It’s the Elizabeth Warren way. I believe that people who earn more should work more. I believe in the idea of the American Dream, but that people who are successful enough to be millionaires should pay at least 40 percent of that in taxes, and that at least 90 percent of income earned over $1 billion should be redistributed. No one needs $1 billion. That’s just hoarding.

With the $1.9 trillion stimulus bill that just passed, America has spent $5 trillion on COVID relief. That’s $43,000 per U.S. household, although I seriously doubt that most households have felt the benefit of that $43,000 (especially considering how many millions went to people/companies that didn’t need it). However, the money has not gone to waste. According to economists surveyed by the Wall Street Journal, the economy is expected to grow 5.95% in 2021 — the fastest burst of growth since 1983. That’s because of this $1.9 trillion infusion that feels very much like an appropriate distribution of wealth.

But if the deficit/debt actually means something, we will eventually have to pay for it, so we should probably consider the “re” part of the redistribution, which is to say: Let’s make these child tax credits permanent. Let’s make the expansion of Obamacare permanent. And if employers won’t pay their employees $15 an hour, let’s use the federal government to make up the deficit. Let’s pay teachers better. Let’s cancel some student debt!

And let’s tax some rich motherf**kers to pay for it.

Jeff Bezos “earns” something like $320 million a day, except that he doesn’t earn that much because no one earns $320 million a day because no one puts in $320 million worth of effort into every day let alone a lifetime. Value and worth are very hard things to quantify, but no one is worth $320 million a day. No one is worth $1 million a day. Elon Musk doesn’t need all that money. Thirty-eight percent of the nation’s wealth is in the top 1 percent; 70 percent of the nation’s wealth is in the hands of millionaires and billionaires, and they spend it on shitty things. Being a billionaire should be considered morally wrong, because it displays an inability to share. Let’s tax them more and spend it better! Baseball teams pay a luxury tax to level the playing field. There’s a salary cap in the NFL to keep one team from being so much better than another. Let’s do that with America!

— The Biden Administration bought another 100 million doses of the Johnson & Johnson vaccine, which it will use to vaccinate kids. Supply is still limited, but soon enough, we’ll be swimming in it. Scott Gottlieb thinks that time will probably be around mid-to-late April. From what I understand, the J&J vaccine will become a regular part of the rotation by late March, at which point supplies will increase substantially. We’re administering up to around 2.1 million doses a day at this point, and Biden is going to easily blow past his initial goal of 100 million shots in the first 100 days.

— For what it’s worth, Biden’s dogs are returning to the White House soon after a “very minor incident” in which a dog nipped someone in security. Jim Jordan, however, would like to ignore the pandemic and the COVID relief bill and put all his focus on Biden’s dogs.

— We all gave Tim Ryan a hard time when he ran for President, but this is a good speech. Really good.

"Stop talking about Dr. Seuss and start working with us on behalf of the American workers."