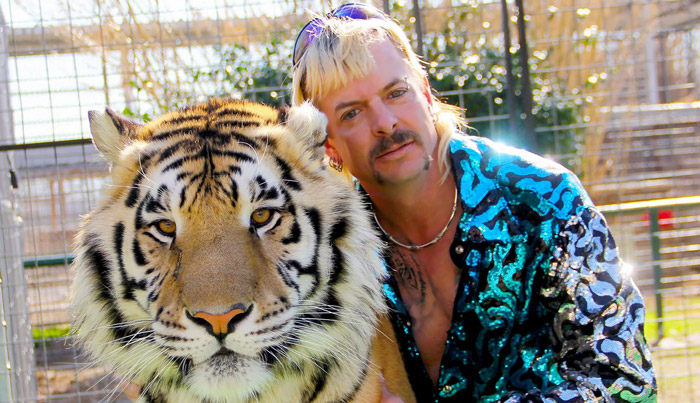 Tiger King was a pop culture sensation early on in this pandemic, but of course, the story of Joe Exotic extends beyond the Netflix series. From jail, the convict also known as Joseph Allen Maldonado-Passage has filed lawsuits and called out for a Trump pardoning for 17 counts of animal abuse and 2 of murder for hire. His shady business partner Jeff Lowe made headlines with a catastrophic Reddit AMA and a bizarre Facebook post. Most shocking of all, Exotic’s nemesis, maligned animal rights activist Carole Baskin, was awarded his zoo. Next, the story continues with two new specials from Investigation Discovery, both of which seem firmly Team Tiger King.

Joe Exotic: Tigers, Lies, And Cover-Up will be a three-part special running over two nights. Per ID’s press release, its focus is “the biggest question in true crime today - what happened to Carole Baskin’s husband, Don Lewis?”

Yup. Over three hours, this special will dig into the missing person mystery that Exotic used for years to harass Baskin. He’ll have another chance as Joe Exotic: Tigers, Lies, And Cover-Up features jailhouse interviews with the eccentric Tiger King. That’s not all.

Retired homicide investigator Jim Rathmann leads the investigation to discover the truth, revealing new theories uncovered by private investigators, reliving Lewis’s final days and demeanor with those closest to him, and unpacking evidence exposed by criminal and legal experts. Punctuated throughout are interviews with those in Joe Exotic’s inner circle, including his husband Dillon Passage and members of “Team Tiger,” a group working to free Joe from jail. Beyond the controversial missing person investigation, this special also explores the criminal case against Joe Exotic and raises the question: Was Joe Exotic the predator all along, or is he actually the prey?

If you’re craving more than conspiracy theories and suspect speculation, ID’s following the conclusion of this special with Joe Exotic: Before He Was King.

“This comprehensive, one-hour special puts the entire salacious story in context and uncovers dark secrets about Joe’s past,” The press release declares, “Using exclusive and never-before-seen interview footage of Joe Exotic, including personal photos and home movies, we reveal the dark secrets that led to the colossal crash which has landed him in prison for decades. What sent Joe Exotic down the path of depravity, polygamy, live animal collecting and trading and ultimately, conspiracy to commit murder?”

This special will also have jailhouse interviews with Exotic, as well as insights from forensic psychologists and law enforcement experts and a jailhouse interview with Exotic’s second husband, Jeffrey Charles “JC” Hartpence. It does not appear that ID spoke with Baskin or her supporters in either special.

Here’s a look at how ID’s teasing this two-night event.