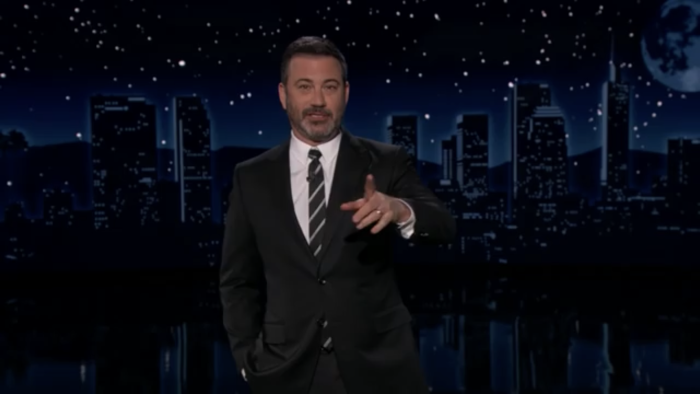 Mike Lindell To Appear On 'Jimmy Kimmel: Live!' Because This Nightmare Will Never End

I never thought I would be interested in where the MyPillow guy, aka Mike Lindell, aka A Less Interesting Paul Bearer, would be making his presence known. However, he has forced himself into the public discussion by pushing false claims of voter fraud, allegedly insisting Donald Trump institute Martial Law and creating a new social media platform that totally works. I will flat out say that I find him dangerous and any attention paid to him should not be direct or else you’re just adding fuel to his s*** fire…

Unless you’re Jimmy Kimmel, I guess?

Kimmel, who has been taking quite a few shots at mustachioed Mike, has now invited him to appear, in studio, on his show. He’s giving air time to someone who spreads baseless conspiracy theories about the Capitol Insurrection and voter fraud. Personally, I would prefer he stay relegated to his own terrible app that doesn’t work (I was joking earlier), like giving a toddler an N64 controller that isn’t actually plugged in so you can play Mario Kart in peace.

I would LOVE to think that Kimmel will just take Lindell to task. Seeing him be humiliated on national television would be a blessing. However, I think Lindell is too smart to let that happen. In fact, I think he’s already working the narrative in his favor. Kimmel showed real-time footage of Lindell finding out he will be on the show and the nan looks … thrilled. Like, in a disturbingly relatable way. At the end of the day, this is all free press for a dude who has made a living off of his public persona and objectively shitty pillows. What if he gets on Kimmel and behaves himself?

Lindell could easily arrive on Kimmel’s lot and turn up the charm. Gone would be the crazy theories and unfettered adulation of Trump. He could just “mark out,” like he already is, and earn the sympathy (and/or business) of a new audience that he otherwise doesn’t have access to. Then, as soon as it’s done, he goes back to appealing to his base of fans. I don’t trust it. Mainly, I don’t trust him.

Jimmy Kimmel is no idiot, and it’s not like the show is live. He could easily turn the narrative away from serving Lindell too much. The next week will just be a big game of “wait and see” and I could not feel less excited while also incredibly interested, but I guess that’s the point.

← 'Mare Of Easttown', 'Made For Love', 'The Nevers': It's HBO (Max) Week On Podjiba! | This Right Here Is Why You Should Never, Ever Get a German Shepherd →