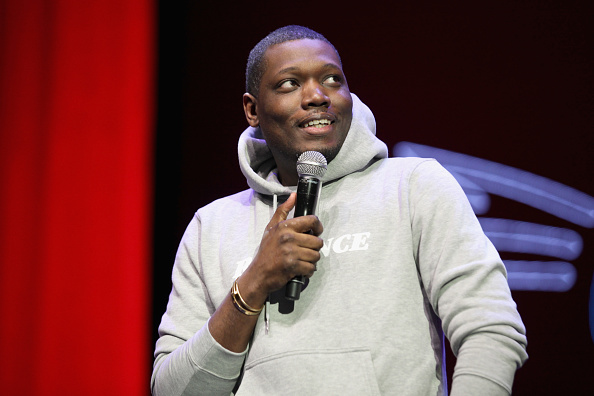 Michael Che Is Good at Comedy

This is not a trick. This may not be a popular thing to say on a website where he has been criticized numerous times for being a dick (mostly by me), but Michael Che has evolved into a very good, very insightful, and often very funny comedian. He’s also still kind of a dick.

I still maintain that Michael Che and Colin Jost were the wrong “Update” anchors for the Trump era, but Che, in particular, is well suited to the Biden era. In part, that’s because he probably wouldn’t admit it, but his material leans more progressive. However, his jokes are aimed less at Democrats and Republicans and are targeted more along the lines of race and class. Both Democrats and Republicans seemed to have lost their ability to laugh at themselves over the last six years, for obvious reasons, but it’s wealthy white liberals who seem to take the most offense because it’s wealthy white liberals who feel most betrayed by Che’s barbs. Allies don’t like to be made fun of, which is what has made Che’s comedy relationship with Jost so effective. In recent years, Jost has become a willing target of those jokes, which allows privileged white folks some remove: “He’s not making fun of me! He’s making fun of Colin Jost! And who wouldn’t? Look how white that guy is! And he went to Harvard!” they say while driving around in their Teslas and their Cornell sweatshirts.

His earlier career, particularly on SNL, has also given Che some cushion with which to play. He crossed so many lines that now he’s “the guy who pushes it too far,” which gives him more freedom to test those boundaries. Importantly, however, he rarely crosses them, and when he does, he’s quick to pull back and, in doing so, acknowledge where the line lives, which in itself is a nod toward maturity. He may occasionally go for the cheap joke, but unlike earlier in his career when he seemed to revel in pissing people off, he lets us know that he knows it’s a cheap joke. He doesn’t rub it in our face; he elicits our laughter and, in doing so, makes us complicit.

Outside of SNL, I’ve seen and heard a lot from Che lately. On Marc Maron’s WTF podcast, in a moment where he almost seemed to surprise himself, he agreed with Maron’s characterization of “cancel culture,” that it’s about evolving and figuring out how to be funny without intentionally hurting people. In the second season of HBO Max’s That Damn Michael Che, he even joked that he appreciated the challenge of “cancel culture” — “it lets me know that there is a danger to stand-up. There should be a danger to it. Because why would you do anything else other than this unless … you could lose everything.” (I feel a little of that danger now by even writing favorably of Michael Che on this website).

This season of That Damn Michael Che, which is hit-and-miss (as most sketch comedy is), is better, funnier, and more self-assured than the first, but also more self-aware and self-effacing. He addresses cancel culture, white privilege (Jost makes an appearance), performative wokeness, white feminism (“Hey, white ladies, stop calling Black women your spirit animal!”), and there is one episode involving a Get Out parody that I’m too white to even comfortably mention. It’s good, and thematically, his stand-up bits provide perfect segues in between sketches.

I was so enamored with the second season of That Damn Michael Che — I watched it all in one sitting — that I went back and watched his stand-up special from last year, Shame the Devil. It’s there where Che’s maturity as a comic is most evident. He’s more honest, more insightful, funnier, and even more apologetic, where he acknowledges mistakes he’s made, some of which were misguided and some of which were born out of his upbringing. It’s something I honestly appreciate in Che: He did not come from wealth. He did not have connections. He did it on his own — raised on Sesame Street — but he’s also had to learn along the way. Genuinely, I think he has, and he has a bit at the end of Shame the Devil about how mental health is finally being acknowledged in the Black community that may be one of the best five minutes of stand-up I’ve seen in a long time.

“Do you realize how progressive that shit actually is,” he says. “[Black people] have anxiety now. You know how white a lady you had to be to get anxiety before?”

Shame the Devil is currently on Neflix, and both seasons of That Damn Michael Che are streaming on HBO Max.