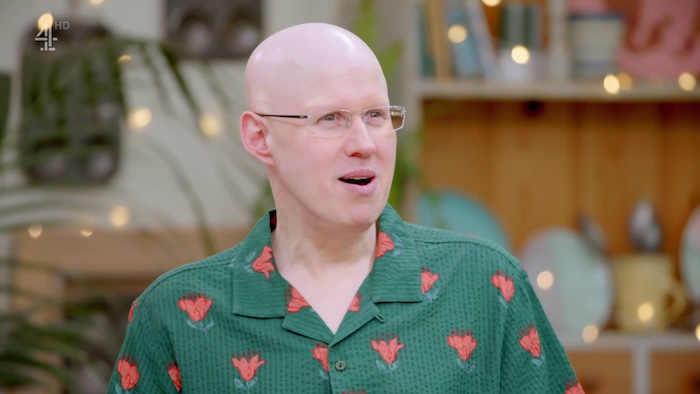 Matt Lucas Is Leaving 'The Great British Bake Off'

I am going to try and restrain my excitement about this announcement out of respect for Noel Fielding, but Matt Lucas announced today that he will be leaving The Great British Bake-Off. Kaleena took this screenshot (because Lucas has me blocked on Twitter): 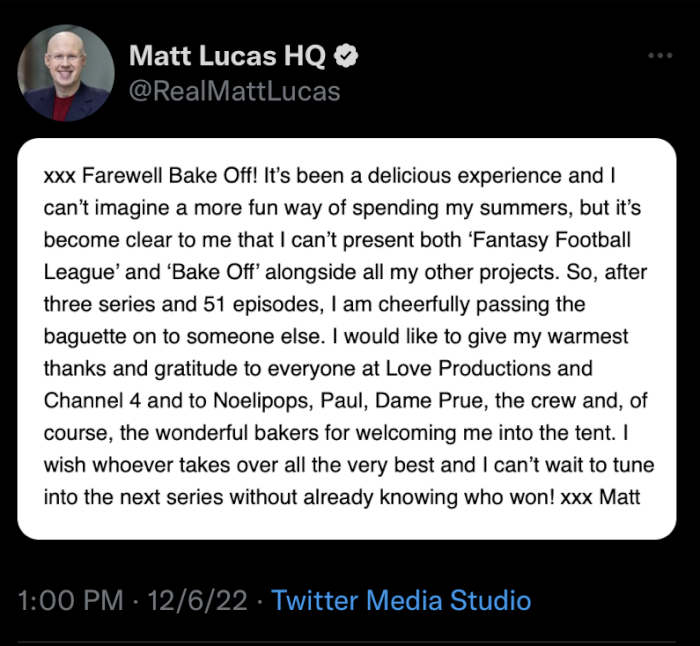 Lucas does, indeed, host a show called Fantasy Football League, which is not what most Americans might think. It’s a celebrity chat show about soccer, and not Matt Lucas offering advice on setting your fantasy football lineups in Week 14 of the fantasy season.

With all due respect, Lucas has long been a weak link in the series, athough, over the last couple of seasons, he’s been just one problem of many, which also includes the cooking challenges and the inconsistent judging. “Mexican Week” did not help. I do hope, however, that they keep Noel Fielding and that they retool the series to improve it because it is not lost. Of all the reality competitions I watch, GBBO is consistently the best-cast series of them all. If only the judges and the hosts could live up to the bakers.