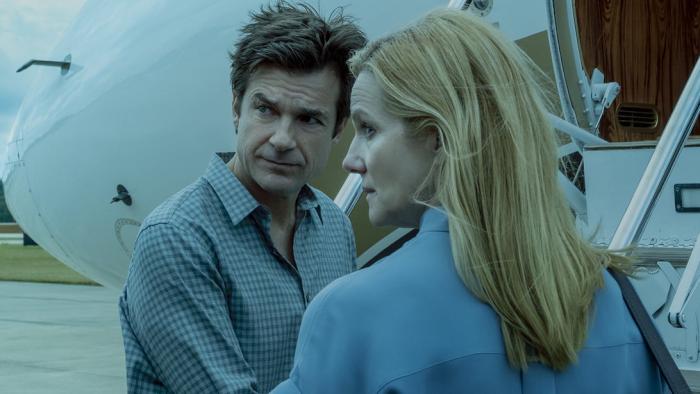 It’s been nearly two years since the last new season of Ozark premiered, in the opening weeks of the pandemic while most folks were still preoccupied with Tiger King. When last we watched, Marty (Jason Bateman) and Wendy Byrde (Laura Linney) had purchased a riverboat casino for their money-laundering operation, while Ruth (Julia Garner) had joined forces with the Byrde rivals, the Snells.

That rivalry will extend into the fourth season. The primary antagonist to both the Byrdes and the Snells will remain the Navarro cartel, while it looks like the Byrde son, 14-year-old Jonah, will handle the money-laundering duties for … Ruth.

Ozark, while being showered with awards, has also gotten a bad rap for not being as good as its most obvious influence, Breaking Bad. It’s true. It does pale, but it’s still compelling television (even if the cinematography can be annoying). Season three was somewhat disappointing, however, in that it mostly felt like setup for the final season. Who knew it would take nearly two years before it would arrive?

The final season will be divided into two seven-episode installments, both of which will air this year. Part 1 will air on January 21st.