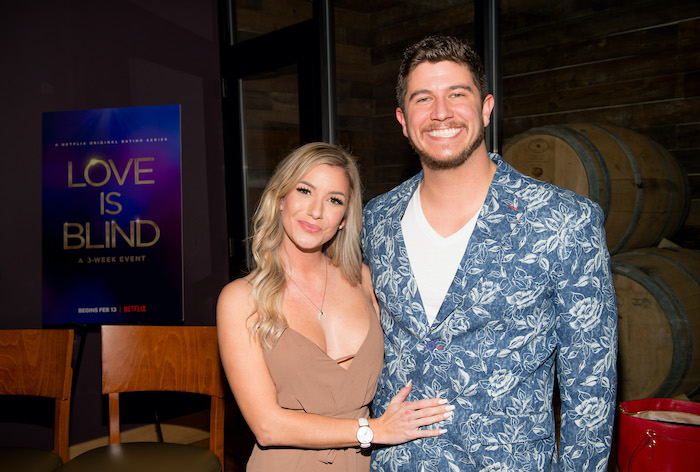 'Love is Blind' Reunion--How Hard Did Amber Come for Jessica Over Barnett?

After tonight the reign of terror Love is Blind has had on my life will be over. This show is no more, and the final episode, the reunion, has aired. Frankly, I’m grateful because I found the show confusing and the cast not nearly as charming as the cast on The Circle yet I still watched this dumpster fire, so who am I to judge?

Anyway, the reunion episode dropped today. Surprisingly, both married couples are still married to each other. Everyone else is single except Kenny, kids are eventually on the docket for Lauren and Cameron, but perhaps most importantly, my rough-as-f*ck favorite Amber came for Jessica.

It was a long time coming because Jessica made gaga eyes at Amber’s husband Barnett every opportunity she had. I’ll let my friends over at People.com explain how it happened:

They both got serious with Barnett in the pods, and Jessica couldn’t help but still think about him even after getting engaged to Mark. “To see her throwing herself at him in Mexico, bitch, you’re shysty, you’re so fake,” Lauren said to Jessica. “Coming to my face like we were cool, you were so fake. I think you were a very disingenuous person and I hope seeing this, you do grow from it because that is what the world needs is women that go behind each other’s backs like that. You were engaged to another man that you were leading on.”

I mean, justice for Mark. Jessica really dragged him into her “I let my dog drink wine from my wine glass” brand of crazy, didn’t she?

The real news was that Amber almost left Barnett but they worked it out, because true love found on a reality show never dies. Or something like that. I don’t know. I’ve honestly wasted enough brain cells on this show, so you’ll have to fill in your own blanks, or watch the reunion. Follow your heart. Mine is telling me to go order pizza, so, you know, Hudson out.