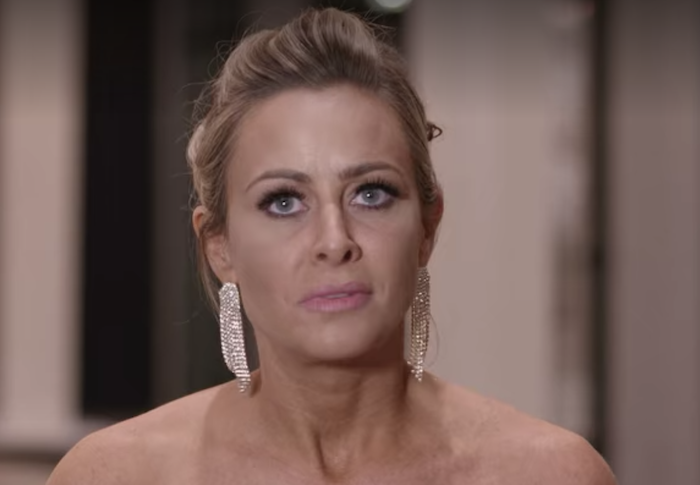 Friends, I am not a betting person (although I do adhere strictly to the Passenger 57-rule) but if I were, I may have put money down on Jessica calling off her wedding to Mark in the Love is Blind finale and trying to stop Barnett and Amber’s wedding in the process.

However, that was not to be—although Jessica did, as we all were probably expecting her to, call off her wedding to Mark at the alter and then do a talking head about how she’s not sorry because this chick is pretty much the worst. Like, OK Jessica, you may not be sorry about crushing Mark’s spirit in front of his family and potentially all Netflix subscribers, but self-preservation should entail you keep that to yourself on camera so as not to tell people exactly what kind of person you are, bud.

That was not surprising—what was surprising is that Barnett and Amber went through with their wedding despite multiple red-flags in the form of Amber’s abysmal credit score and the fact these two had only met about three-milk carton expiration dates ago. As I said in the last post about this show I loathe, yet inexplicably got drawn into—I was pulling for them. If only so Amber had a steady roof over her head because as she happily told Barnett, she was kinda-sorta homeless by choice because she refuses to work more than a part-time workload. I enjoy Amber.

Lauren and Cameron also got married, and while I like them together, I still think everyone needed to cool their jets and get to know each other more because the whole idea of marrying someone on a TV show that you’ve known for less than a free trial subscription of Netflix is concerning. Yes, this is the marriage that the GOP fought so long and so hard to preserve the sanctity of.

Smartly, none of the other couples got married (Giannina and Damian, Kelly and Kenny), although I did notice that the producers ensured that the person they deemed most likely to have cold feet always went last with their vows for maximum drama and to drive the point home that love (and reality TV) is painful. I did enjoy how Kelly’s family was really urging her to go through with her marriage to Kenny for some reason. The subtext there was very, very interesting.

All I could think of during the scenes when someone called it off, at the alter, was this scene from The Wedding Singer:

Thankfully the Love is Blind “experiment” is over. I hate myself for watching it because it brought no joy or value to my life, but I guess I can now rest easy with the knowledge that two couples are willing to get married when they’re basically strangers that they were introduced to via a reality show, so that’s good, I guess.

LOL. JK. They’re doing a reunion episode on March 5th, and you know I’ll be all over that. I don’t know why. I think I have a problem.

← What's Streaming On Netflix In March 2020, Plus Amazon, Hulu, Disney, And Apple | Are The Royals Using Bots to Keep Prince Harry and Meghan Markle's Instagram Accounts in Check? →