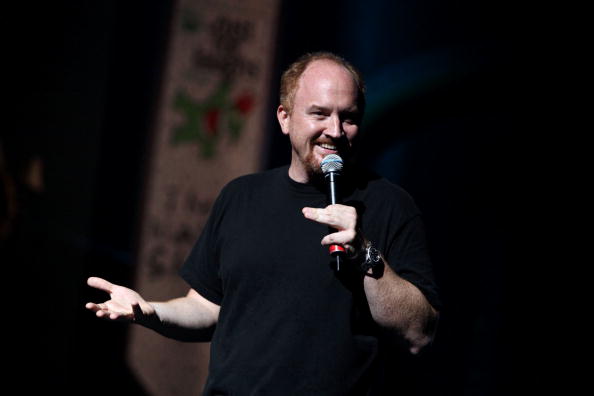 Bad Vegan, another grifter series (with a twist), premiered on Netflix this weekend, and I expect we will have much to say about the show in the days to come. One interesting note that preceded the events of the series but came to light because of another scandal (that is also outside of the scope of the series) is a relationship that Sarma Melngailis — the Bad Vegan in question — had with Louis C.K.

The relationship appears to be short-lived. In March 2012, email exchanges revealed that Louis C.K. was sending her notes like, “My brain has thoughts about you in it. Somewhere between 27 and 93 ¹/₂.” By June of that same year, however, it appears that things may have been fizzling out. Melngailis had emailed Louis C.K. about an “outburst.” It “upset and freaked her out” because, it appears, that she had contracted an STD from the comedian. In his response, Louis C.K. Was blasé, basically suggesting to her that that’s just the way it goes.

“hey. I understand you’re upset,” Louis C.K. wrote. “This kind of s-t is tough. I never swore that I was clean. I told you I may or may not have given this to you. I’m sorry if I did. If you gave it to me, it’s okay. We all share the current human bloodstream, which includes this kind of stuff. I should have worn a condom, you should have made me, we should have a lot of things. we are human.”

“Our generation has this stuff. the next generation will all be inoculated and will have sex with electric glass penises and digital vaginas and they’ll get software viruses instead. It’s part of life.”

Comme ci, comme ça, eh? “It’s part of life,” huh? But is it, Louis C.K.? And was it her responsibility to “make you” wear a condom? The man has clearly always been a creep. It does, appear, however, that the encounter that led to the possible STD was their last.

“I still look back tenderly and happily on our time together. And that night,” Louis C.K. later wrote. “It was really wonderful, even though it never happened again and it seemed to be sort of a stopping point for us, unfortunately.”

That’s the sort of thing that ends relationships, Louis. Yet, somehow, based on the events of Bad Vegan, Melngailis would get involved with someone even worse. More on that to come.


← Box Office Report: 'The Batman' Stays at Number One; 'Jujutsu Kaisen 0: The Movie' Surprise Entry | There's Too Much Going On And It's Also Monday, So Here's Some Dogs Stopping Football Matches →