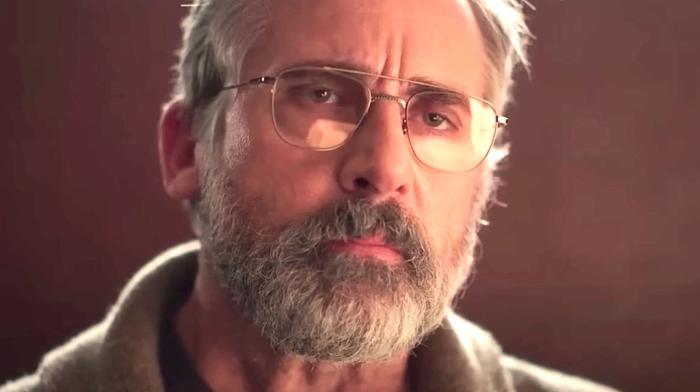 Let's Talk about the Ending to FX's 'The Patient'

FX’s The Patient is one of those series where the ending is almost beside the point. It is one of those shows where it’s all about the journey, and the journey here involved a serial killer, Sam (Domhnall Gleeson), kidnapping his therapist Dr. Strauss (Steve Carell), and forcing him into therapy sessions designed to rid Sam of his compulsion to murder.

Spoilers: It doesn’t work. In fact, if therapy-by-forced-abduction had cured Sam, it would have felt dishonest. If Sam had let Dr. Strauss go, likewise it would have felt cheap. The ending went to the best possible place it could believably go.

The journey here for Sam was figuring out the root of his issues. He assumed it was his abusive father, but he didn’t understand why until he realized that he murdered other people in lieu of murdering his father. However, when given a chance to kill his Dad, Dr. Strauss’ therapy finally kicked in: Sam controlled his urge to do so, if only barely (ironically, Sam’s Dad may have been the only victim of Sam’s that might have deserved it).

Sam had a breakthrough. Dr. Strauss had hoped that the breakthrough — proof that Strauss’ therapy had worked — would be enough for Sam to let him go and return to his family. Dr. Strauss, after all, was on his own journey. Confronted by the possibility of his own death, Strauss likewise had a breakthrough. His son had changed, but not in a way that is easier to accept for liberal parents: His son didn’t announce that he was gay or joining a band. His son and his family became members of an ultra-orthodox strand of Judaism. Rather than accept his son for who he is, Dr. Strauss’ stubbornness — disguised as progressivism — about his son’s faith alienated him. It took a serial killer for Dr. Strauss to realize that he was being intolerant and close-minded, and that it was his job as the parent to meet his son where he is and not where Dr. Strauss wanted him to be.

As Sam was choking Dr. Strauss to death, he caught a vision of what life might have looked like if he’d only accepted his son. It was happy and loving. He didn’t have to buy into his son’s faith; he only had to accept it in order to become part of his son’s family. It was a hell of an epiphany; if only it hadn’t come (almost) too late.

Sam wasn’t going to let Dr. Strauss go. It’s technically true that patient-client confidentiality would have applied to crimes committed in the past, and that Dr. Strauss only had a duty to report if there was a threat of future crimes. But both Sam and Dr. Strauss knew that there would be more murders. When Sam told Dr. Strauss that he wasn’t done with therapy, Dr. Strauss did what he had to do: He told Sam that it was over and that he would not be providing more therapy under those circumstances. He said he was willing to die rather than allow Sam to continue treating him like a pet. I love how calm yet forceful Strauss is in that exchange.


Dr. Strauss feigned a threat to kill Sam’s mother, but we knew he wouldn’t. It’s not in his nature, and what if he had? It wouldn’t have stopped Sam from killing him. Strauss basically knew how it would play out, and while he had hoped for the best, he prepared for the worst. He wrote his children letters saying goodbye and apologizing.

That’s as happy an ending as The Patient was going to get. Sam did gain enough empathy through his sessions with Strauss to leave Strauss’ body where his children could find it and give Strauss a proper burial. He also sent along the letters to Strauss’ children. Meanwhile, Sam concluded himself that Strauss was right: He couldn’t be cured. He had to be stopped. He had to be removed from humanity. Sam couldn’t force himself to turn himself over to the police, but ultimately he did lock himself up in his basement with the same shackles that held Dr. Strauss. He imprisoned himself and made his mother his warden.

That’s it. Strauss’ murder will not be solved. We won’t find out how Strauss’ children get along in the future. We will never know how long Sam remains shackled in the basement. There will be no season two. It’s a limited series. The creators have no intention of continuing the story. This is it: We just have to hope that Sam’s mother finally becomes the parent Sam has always needed her to be and keeps him locked up in that basement for the rest of Sam’s life.


← Reddit Asks the Question: 'What Was the Single Worst Casting Decision in the History of Film?' | Review: 'Avenue 5' Returns for Season 2 and Does Not Disappoint →