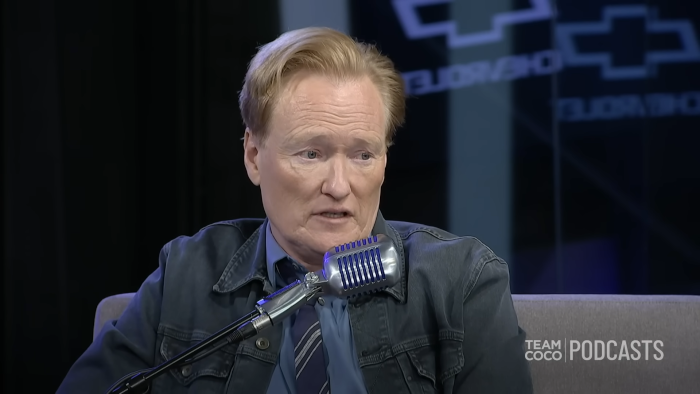 Let Conan O'Brien Help You With Your Self-Doubt

It’s Monday. For most people, it will be the start of another work week. For some people, that job may be new. It may be a position they worked incredibly hard for. Now that they have it, it’s hard not to feel insecurity or self-doubt. But they earned the job, and they’re good at it. Will those feelings ever go away? According to Conan O’Brien, no! They will not! But that’s not necessarily a bad thing.

In a recent Conan O’Brien Needs A Friend live special, Conan took some audience questions. One member of the audience asked about Conan’s earlier late-night tenure. Conan has been open about his insecurities from that time, and the audience member asked when those feelings went away. As Conan put it, “a long time.”

There’s something encouraging about someone like Conan admitting to a lack of self-confidence. The man has a legendary career, but it’s important to remember that there was a time when his career was hanging by a thread. It was publicly precarious. The whole world was watching as he was failing.

Conan O’Brien is still making millions of people laugh to this day. The next time you get that feeling of self-doubt, just know that it’s natural. You’re not unlike a tall, redheaded goofball from Brookline, Massachusetts, who, despite being vastly underqualified, replaced David Letterman. You’ll be fine.