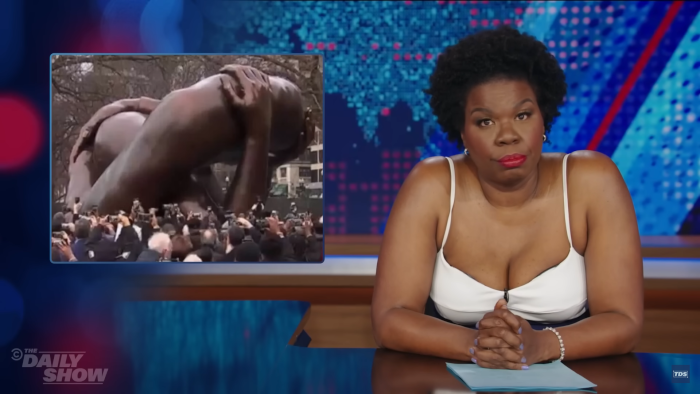 The Daily Show has returned without Trevor Noah. Instead, they kicked off their new year with the first of many guest hosts. They could not have picked a better first choice. Leslie Jones was built for a job like this. She proves it within moments of being onscreen and doesn’t let up once. She is a joy to watch. I do not envy whoever follows her because it will be a tough job.

Guest hosting a talk show is not an easy task. Some people slip into the role comfortably, putting the best parts of their personality on display. Others have a harder time. It’s also not strictly a personality game. There are, of course, performance aspects to the job. You need to be charming, but you also need to hit your lines and your marks. Leslie Jones does all of this.

The comedian also brings a fun, new energy to The Daily Show host chair. Jon Stewart and Trevor Noah are funny people, but they weren’t very bombastic (not that they needed to be). They would, on occasion, dive into impassioned monologues or rants about deep-dish pizza, but there was still a buttoned-down nature to it all. Leslie Jones is as far from reserved as you can get, and it suits The Daily Show well.

I do not think that Leslie Jones will end up as the permanent host of The Daily Show. That said, in my opinion, the job is hers if she wants it.