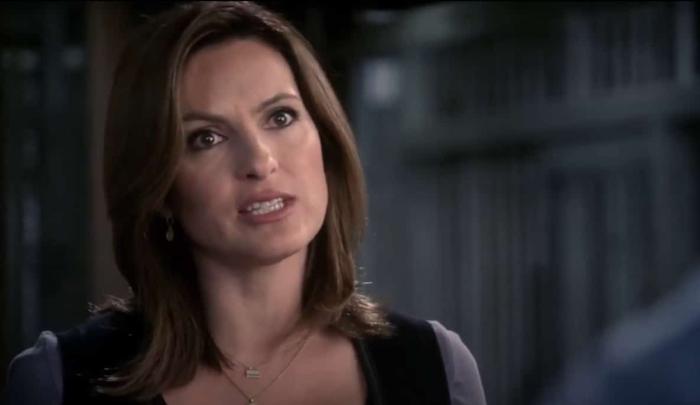 Last year, when we were first sent home to wait out what was surely only going to be a rough few weeks while we waited for the number of COVID cases to slow down, I started re-watching some long-running series as I worked from home to fill the space that background office noises had previously filled. One of the shows I picked to work my way through was Law & Order: SVU. However, one episode caught my attention on that rewatch and it’s lingered in the back of my mind ever since. Not because the crime was especially heinous or the writing particularly noteworthy, but because in “Savior,” the 14th episode of the 11th season of the show, a character straight up GIVES Olivia her baby, and then you literally never hear about that baby ever again! This was weird enough to begin with, but it gets weirder when you remember how much time the show later spends on Olivia’s quest to become a mother!

For those of you who may not recall the episode, it was a pretty standard SVU plot where they were working on a case involving someone leaving prayer cards on the bodies of murdered sex workers. They find a surviving victim, a young pregnant sex worker played by Mischa Barton, and convince her to testify. Towards the end of the episode, she delivers a premature baby girl. Overwhelmed by the responsibility of caring for the delicate child, she leaves the baby in Olivia’s care and disappears. The episode ends with Olivia at the hospital in the middle of the night being asked to make a decision about the baby’s medical care. That’s the last time you hear ANYTHING about this baby.

Now, I’m not really LITERALLY asking what happened to the baby. It was born very premature and was in medical distress, the NBC website stated that it died while undergoing an operation and that’s a perfectly acceptable, if very sad, explanation of its fate. HOWEVER, what I am asking is, why this experience NEVER came up again in all the conversations about Olivia and motherhood. Even if she was only the guardian of that baby for a day, it seems like the kind of thing that would make a big impression! Being thrust into a caregiving role for a helpless baby MUST have made some kind of impression on her, especially given that she later adopted a baby!

I’m sure this is not the only example of a show completely disregarding what should be a significant piece of character development, so does anyone else have an example that’s stuck with you?

← 'Sex Proof' Beds Don't Stand A Chance Against The Olympic Mascots | Is the Video Game Industry Truly Rotten to the Core? →