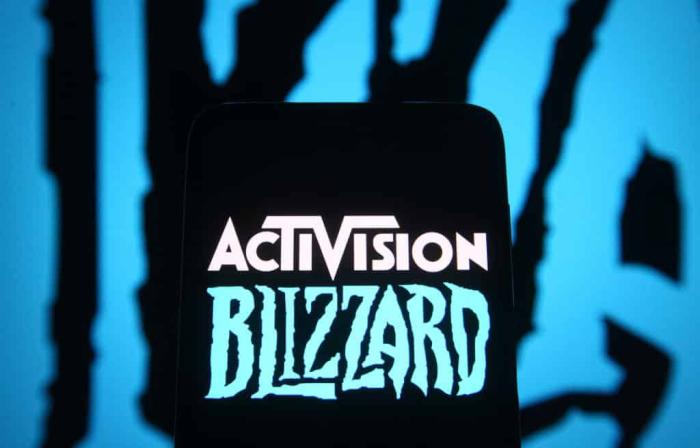 Is the Video Game Industry Truly Rotten to the Core?

This week, it was revealed that California’s Department of Fair Employment and Housing was launching legal action against Activision Blizzard, one of the biggest and most powerful companies in the video game industry. Concluding a two-year investigation, the DFEH made extensive allegations about an ingrained culture of discrimination and sexual harassment, with their legal filing claiming that ‘female employees almost universally confirmed that working for defendants was akin to working in a frat house.’ The allegations are numerous, shocking, but horribly unsurprising to those who have paid even the barest sliver of attention to the industry.

Women at Activision Blizzard are allegedly subjected to ‘cube crawls’, a sick game where male employees get drunk and ‘crawl’ their way through various cubicles in the office and often engage in inappropriate behavior toward female employees. Rape jokes are reportedly commonplace, as are incidents of sexual harassment and workplace discrimination. Women were assigned grunt work and lower-paid positions, with a starting wage far less than men in similar work. One woman alleged that, after asking for a promotion and pay increase, her manager ‘commented that they could not risk promoting her, as she might get pregnant and like being a mom too much.’ Women of color were particularly at risk according to the DFEH’s insights.

The DFEH said, ‘As a result of these complaints, female employees were subjected to retaliation, including but not limited to being deprived of work on projects, unwillingly transferred to different units and selected for layoffs.’ They even claimed that one woman employed at Activision Blizzard had died by suicide ‘due to a sexual relationship with her male superior’ after discovering her male co-workers ‘passed around’ intimate photos of her.

Activision Blizzard’s spokesperson responded that ‘it is this type of irresponsible behavior from unaccountable state bureaucrats that are driving many of the state’s best businesses out of California.’

If you’ve been following the past two decades or so of the video game industry, news like this probably feels all-too-familiar. What the DFEH highlighted with this company is horrific but the culture of abuse at the heart of the video game world is so prevalent that its most exploitative practices now have funny names and are basically memes. The notion of ‘crunch’, wherein employees are forced to work dangerous amounts of overtime, often without financial compensation, is now an expected part of the job rather than a rarity. Many employees, current and former, in the games industry have shared their experiences with crunch, many of which were physically, mentally, and emotionally damaging. A 2014 survey by the International Game Developers Association found that 81% of polled game developers had done this kind of forced overtime, with 50% feeling it was now a ‘normal part of the job.’

Long before this investigation, Activision Blizzard was already being called out for the shocking underpayment of its staff. In August 2020, employees circulated a spreadsheet that anonymously revealed how overworked staff were not fairly compensated and many were struggling to make ends meet, a fact that coincided with the company’s CEO Bobby Kotick receiving a staggering $40 million payout for the previous year.

A scathing 2015 report on Konami’s workplace alleged that employee morale was rock bottom thanks to their every movement being monitored by cameras and that game developers no longer considered useful by the highers-up were reassigned to jobs as security guards and cleaning staff. Former employees described the experience as being akin to prison.

Only last year, Ubisoft was the subject of numerous allegations of workplace harassment, sexual abuse, and physical assault. In the anonymous survey of nearly 14,000 employees, one in four respondents said that they had either witnessed or experienced workplace misconduct themselves in the past two years. Like Activision Blizzard, Ubisoft was accused of having a deeply toxic fratboy culture that left women and non-binary employees feeling unsafe. The company’s COO, Serge Hascoët, reportedly held business meetings in strip clubs. Bloomberg reported that, in 2015, a group of Ubisoft staff in Bulgaria referred to John Boyega as a ‘monkey’ after watching a trailer for Star Wars: The Force Awakens. A former employee of Ubisoft’s Customer Relationship Center in North Carolina told Kotaku that she had submitted multiple reports of graphic sexual harassment to her manager, only for them to tell her to ‘talk it out with her harasser. Ubisoft promised changes, but a year after the whistleblowers went public, it seems that little tangible progress has been made.

The danger is that Activision Blizzard becomes the big bad wolf of this situation, the singled-out poisoned apple of the bunch who can be chastised and allow for everyone else to return to the status quo. Truthfully, I could be here all day listing the extensively documented history of the video game industry’s abuses, exploitations, and bigotry. We could discuss how Blizzard censored players who voiced support for the recent Hong Kong protests, for example, or the mass tax avoidance of some of the biggest companies in the industry. The rot, however, runs far beyond the development process. The current trend of free-to-play, loot-box-dominated gaming that functions as little more than a glorified gambling ring has been called out by multiple world governments as a danger to kids. The entire industry bends over backward to accommodate the censorship demands of the Chinese government, a move they have tried to characterize as being wholly devoid of political agendas. Hell, the entire ‘keep your politics out of my video games’ nonsense from the top downwards is a farce given how giddy the American government is about using games like Call of Duty as army recruitment tools.

And then, of course, there’s that thing called GamerGate. It would be deeply foolish of us to pretend that the mass harassment and abuse campaign directed at various women in the industry happened in a bubble separate from the concerted hate campaigns rooted in appropriating pop culture and weaponizing fandom that have now become a disheartening norm. it would also be naïve to assume that the games industry’s overwhelming silence over the hate crusade wasn’t in some way connected to this frat culture that dominated every aspect of the business. This is an industry, a fandom, and an internet overwhelmed by the prematurely shot-down lives and careers of so many women and marginalized voices.

Companies like Ubisoft share vague platitudes about listening and doing better, although Activision Blizzard’s grandstanding and faux-underdog statement feels more accurate to the mood of the industry’s shareholders. Take a gander on social media and it won’t take you long to find the same crowd of trolls spewing the same lines about how women are oversensitive, that developers should just suck it up and do crunch, that this doesn’t matter in the long term. There are plenty of people who seem more concerned with the fates of their favorite video games than the lives of those who have faced the most astounding of abuses.

Really, such opinions are easily dwarfed by the gargantuan size of the game industry and how its multi-billion-dollar profits have made it essentially impervious to accountability. This cycle of toxicity — exploitation and terrorizing of employees, increased focus on microtransactions and loot boxes, the political cowardice — has helped to transform the AAA video game industry into a money-printing machine. You can call for a boycott but how do you truly wield your financial power against something this wealthy and wealth-driven? As far as the CEOs are concerned, the numbers speak for themselves.

Aside from an obvious need for the industry to unionize en masse, the video game business can only be truly fixed with a multi-level teardown of its rotten work culture and profit-driven ethos. So, it seems unlikely that anything will truly change, and it’s not just the gaming world either. Hollywood hasn’t exactly cleaned things up following #MeToo, and the music world still keeps Dr. Luke booked and busy. Activision Blizzard can just announce a new Overwatch update and expect to see a slew of enthusiastic fans on their side once more. Change? Why bother? The system is working exactly as it was designed to.