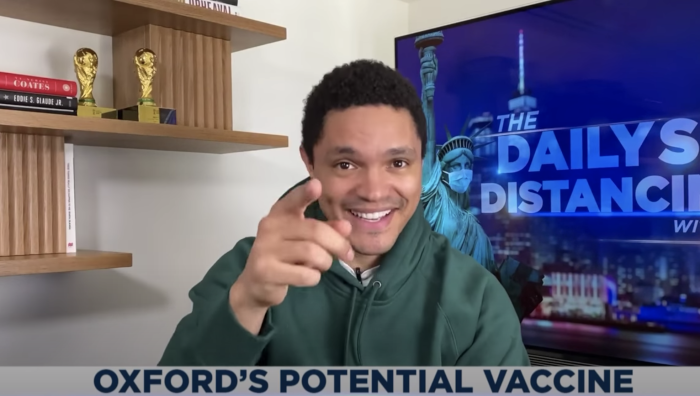 If you are the Vice President of the United States and the leader of a task force dedicated to a public health crisis, one might imagine said leader might lead by example. The World Health Organization and the CDC both urge the use of face masks to control the spread of the virus, and the Mayo Clinic — where Mike Pence visited yesterday — also has guidance in place to wear masks to protect its own virologists from infection. Everyone on the visit wore a mask except for Pence.

Stephen M. Hahn, the commissioner of the Food and Drug Administration, wore a mask as did other administration officials and members of the clinic’s staff. Mr. Pence stood out as the only person with his face uncovered as he toured the virology laboratory’s labeling area and spoke to a clinic staff member who had recovered from the coronavirus.

After he departed, the Mayo Clinic tweeted — and subsequently deleted, without explanation — that they had “informed @VP of the masking policy prior to his arrival today.” Ahem.

“It’s not like the vice president didn’t know,” Stephen Colbert riffed in his nightly monologue from home. “The hospital has a strict policy requiring all visitors to wear masks and tweeted after Pence’s visit, ‘Mayo Clinic had informed @VP of the masking policy prior to his arrival today.’ Wow, that must have been harsh for Mike Pence to get roasted by his idol: mayo.”

Trevor Noah also took the VP to task. “Yes, at the Mayo Clinic … it seems like they told him to and he said he didn’t want to wear a mask. So I guess he was just like, ‘It’s O.K., everybody. I don’t believe in science.’”

Jimmy Kimmel, meanwhile, had two explanations, joking that Mike Pence “is required to keep his lips free at all times for kissing his master’s ass,” but also noting that “maybe Mike Pence just wants to catch it already and be put out of his misery.”

Yeah, well, the mask doesn’t cover your eyes, dude. And as VP, wearing a mask is as much about setting an example as it is about reducing infection.

Update: David Letterman also went after Pence, the governor of his home state, today on Howard Stern’s show, via The Daily Beast:

“If you’re going to the Mayo Clinic because you have COVID-19, you really have it,” Letterman added. “You’re not going up there because you like the turn down service. And [Pence] goes up there, and he takes time off from his gig as a mannequin, and he’s walking around without a mask taunting these poor people who are bedridden and wearing a mask.”

“To me that’s just taunting people who are ill,” Letterman added later. “To see that guy in his $40 suit walking through the Mayo Clinic without a mask.”

Meanwhile, if you want another timeline of Trump ignoring the Coronavirus crisis in its infancy, only with jokes, here’s Colbert:

Elsewhere, here’s Trevor Noah expressing excitement about a potential vaccine from Oxford University, which might be available as soon as September.

Finally, in a segment called, “Hey!,” Seth Meyers takes issue with joggers “stomping up behind us panting and gasping. It’s like a horror movie, except that Jason had the decency to wear a mask.”


← Social Media Reacts to Elon Musk Supporting Reopening of the Country Amid Lockdown | Step Aside, Stanley Tucci! Paul Feig Has A Slew of Cocktail Tutorials →