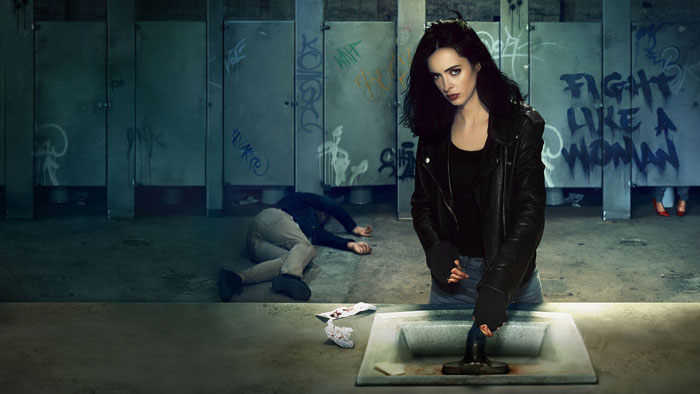 Everybody Wants Krysten Ritter To Play A Serial Killer

We love watching Krysten Ritter play a bad girl, whether it’s as the gruff-but-lovable, super-powered detective of Jessica Jones or the titular b*tch of Don’t Trust the B—— in Apartment 23. And we’re not alone.

Deadline reports a bidding war is raging over a proposed series that would have Ritter playing a serial killer. Netflix, Amazon, Hulu, FX and HBO Max are reportedly facing off for its rights of the currently untitled production.

While we don’t know the title of this could-be series, there’s a lot of tantalizing details being teased already. Ritter will not only headline the project but will also produce. She’s reteaming with Don’t Trust the B—— creator Nahnatchka Khan, who is writing with scribe Angela LaManna (The Punisher, Channel Zero). Envisioned as a killer dark-comedy, the Untitled Krysten Ritter Serial Killer Show will be based on the upcoming Charles Warady book, Serial Killer Anonymous. This tidbit offers us our biggest clue to the show’s concept and tone.

Here’s how the yet-to-be-released novel is described by the literary agency Dystel, Goderich, and Bourret:

There’s a 12 Step Program for everything: alcohol, narcotics, cocaine, overeating, gambling, even video games. But this 12 Step Program, in a cabin hidden deep in the woods in Kentucky with between a dozen and twenty attendees is particularly unusual. A relapse from a member of Serial Killers Anonymous usually means someone other than the addict dies. The serial killer is an addict, chasing the thrill and satisfaction of the kill. When that leaves, he spends the rest of his kills trying to retrieve that feeling. Serial Killers Anonymous operates under the premise that a spiritual program is the only answer and it’s been working for this group for over 30 years. But just one slip up by one of the members could lead the police and the FBI to their cabin, condemning all the members to death row.

Orson is one of the members of Serial Killers Anonymous. He hasn’t tortured or killed a young woman in over a year and he owes it all to the program and his sponsor, Denver, who has over thirty years in the program. With only a year working the program, Orson falls in love with a woman he meets in Alcoholics Anonymous, which he also attends. Denver fears that a romantic relationship will be the thing that ruins everyone’s anonymity, through pillow talk or trust. Things begin to go wrong. The cabin is spotted but not identified by “a stranger.” Denver is sure it’s because Orson didn’t take his advice. Orson wonders if Denver’s right. A stark and credibly unusual tale, SERIAL KILLERS ANONYMOUS by author, writer, and stand-up comedian Charley Warady, uses dark humor to convey that serial killers can be people, too. In the end, though…something’s gotta give.

The serial killer at the center of this book is a man, which suggests Ritter, Khan, and LaManna are gender-swapping the story. That seems a smart play, not only because TV already has Dexter and You, but also because it’d be way more fun to watch Ritter play a flustered killer than some naive love interest.

We’ll report more on this murderess series as things develop. In the meantime, let’s dream cast her could-be co-stars in comments.

← 'The Personal History of David Copperfield' Trailer is So Charming You'll Die from Smiling So Much | Did Dem Rep. Sean Casten Just Reveal Chris Evans Got Secretly Married? →