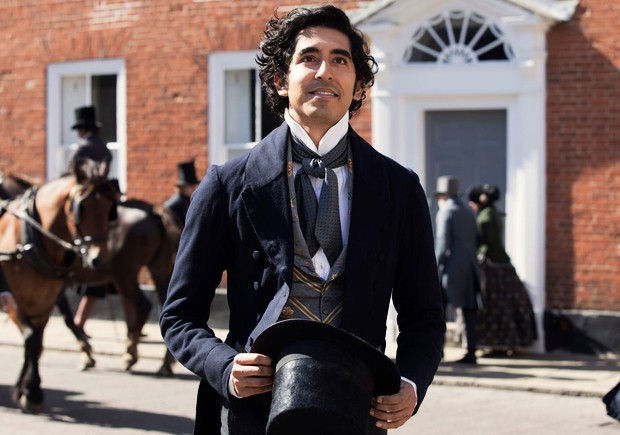 Today is Dev Patel day and the beloved actor is on fire with two back-to-back trailers for his upcoming films. I mean, in The Green Knight trailer he actually IS on fire, so you know I’m not exaggerating. Patel’s range is fully on display in the new trailer for The Personal History of David Copperfield and it is beautiful. The trailer gets bonus points because it gives us more of Patel in period pieces. Oh, and let’s not forget his gorgeous, gorgeous hair.

The film is a new take on Charles Dickens’ novel David Copperfield. The book’s full title — The Personal History, Adventures, Experience and Observation of David Copperfield the Younger of Blunderstone Rookery — was obviously a mouthful, so the movie cut it short. The story follows David Copperfield (Patel) from youth to adulthood as he goes from poverty to blossoming writer in Victorian England.

It’s hard to watch the trailer without smiling. The Personal History of David Copperfield (say that five times fast!) seems incredibly charming and whimsical. And, look, I tried really hard not to chuckle when Copperfield was told that his mother was gravely ill, but also very dead, in one fell swoop. At one point, everyone starts slapping each other around in a very comedic way and it’s glorious. Also, did I mention Dev Patel is wearing a top hat?

The film, which premiered at the 2019 Toronto International Film Festival, also stars Doctor Who’s Peter Capaldi, Tilda Swinton, Benedict Wong, Hugh Laurie, Ben Whishaw, Gwendoline Christie, and more. Directed by Armando Iannucci (The Death of Stalin, Veep), The Personal History of David Copperfield will be out in theaters on May 8, 2020.