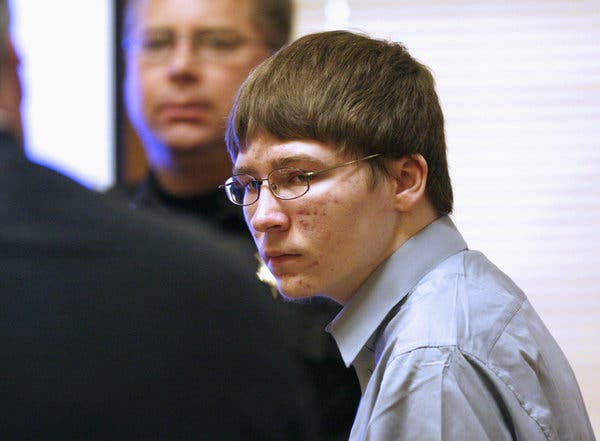 I have a lot of issues with the conviction of Brendan Dassey for being an accomplice in the murder of Teresa Halbach, but the one thing I don’t dispute is that Dassey was involved. The Making a Murderer documentary was horribly one-sided in favor of Steven Avery, and in order to prove Steven Avery’s innocence, the Netflix documentary left out a lot of information about Dassey in order to show Avery in a better light. After all, the documentary could not show that Avery was innocent if Dassey was guilty, and in an effort to inflame viewer prejudice against the prosecution, Making a Murderer spent a lot of time on a videotaped confession from Dassey that was never admitted into evidence (meanwhile, the written confession that was admitted was underplayed by the documentary).

Point is: Dassey was involved in Halbach’s murder, but there were a lot of mitigating factors, namely that Avery manipulated him, that there was a history of Avery sexually abusing Dassey, that Dassey’s original confession was improper, and that Dassey — who has a low IQ — should have had a lawyer or a parent present before he confessed. If Dassey had pleaded guilty to the crime and taken a deal, those mitigating factors would have been considered and Dassey would probably be out of prison by now. Unfortunately, Steven Avery and his family coerced Dassey into dropping his lawyer and refusing to take the plea deal because to do so would have implicated Steven Avery in Halbach’s murder.

In other words, I have a lot of sympathy for Dassey (while I have zero for Steven Avery), and I do not believe that Dassey should still be in prison.

Kim Kardashian agrees, although likely for different reasons. She is currently using her clout to try and convince Wisconsin Governor Tony Evers to pardon Dassey or commute his sentence. Sandwiched in between dozens of tweets for her shapewear website, Kardashian — who has successfully lobbied President Trump to grant clemency to Alice Marie Johnson — is also advocating for Dassey.

Via NBC Chicago, that letter reads, in part,

The letter from Dassey to Evers is a list of things Dassey wrote about himself “for you to get to know me.” It lists things like his favorite drink is Orange Crush, he likes Doritos and Funyuns, his favorite season is fall and more.

It ends by asking Evers for a pardon “because I am innocent and want to go home.”

“If I would get to go home, I would like to get a job involving video games,” he writes. “I would like to help take care of my mom and one day have a son and daughter of my own. I would name my daughter Grace and my son Mizar which is the name of a star in the big dipper.”

I’m not sure how far sympathetic pleas based on Dassey’s favorite foods should go, but I do agree that Dassey’s sentence should be commuted, mostly because he never should have been given such a lengthy sentence to begin with. Evers, for his part, has stated that Kardashian’s influence will not affect his review of the case, and he will not give Dassey special treatment, although Evers is apparently willing to read his legal team’s clemency petition. Hopefully, his legal team’s petition for clemency is based not on Dassey’s innocence, but on the many mitigating factors that should have resulted in a lighter sentence in the first place.

Steven Avery, on the other hand, should rot for the rest of his life in prison, notwithstanding the fact that someone else has confessed to the murder of Halbach, although not even Avery’s lawyer believes that confession to be genuine.