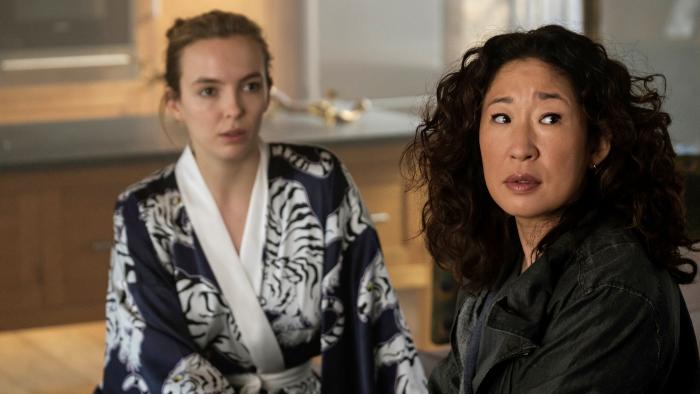 Most of the Reasons We Watch AMC Are Ending Next Year

The year 2022 is going to be a very interesting one for AMC Networks. The network’s flagship series, The Walking Dead — the most popular basic cable program of all time — is ending its run after 11 seasons, although it will be spun off into a Daryl and Carol show (and there is no evidence that Fear the Walking Dead is going away). Meanwhile, the network’s most critically acclaimed series at the moment, Better Call Saul — itself a spin-off of Breaking Bad — is also airing its final season next year. What’s that leave? Killing Eve, which is actually a BBC America series that has been re-airing on AMC, and if you’re an AMC+ subscriber, it all kind of blends together at this point.

In any respect, AMC announced this morning that Killing Eve would also be ending next year with its fourth and final season, which will begin shooting in the UK and Europe this summer. The series hasn’t been the same since the opening season from Phoebe Waller-Bridge, even as new showrunners — like Oscar nominee Emerald Fennell (Promising Young Woman) and Suzanne Heathcote — took over. The final season will be overseen by Laura Neal (Sex Education, Secret Diary of a Call Girl), and I have to believe that Eve will finally kill or be killed.

AMC will also explore “potential extensions of this compelling universe,” which is to say: They’re going to make a spin-off. Meanwhile, with their most popular series leaving, AMC will have to spend the next year rebuilding itself. It already has a few potential goldmines, including Annie Murphy’s Kevin Can F*** Himself and Gareth Evans’ Gangs of London, which is bloody fantastic and premieres in April (it is currently available on AMC+).

There are a few other projects also in development that show promise, including a Rainn Wilson alien series, a show from Colman Domingo based on his play Dot, and a show based on Karen Walker Thompsons’ pretty nifty novel The Age of Miracles, which is set in a world where the Earth’s rotation suddenly started to slow down. Unfortunately for AMC, the beginning of the streaming era is probably not the best time to begin a rebuilding process, although AMC Networks still looks ripe for takeover by one of the other struggling streamers, like Peacock or Paramount+, although Amazon is almost certainly the most likely destination.


← Morning Briefing: Jared Kushner Offers Biden Advice, and the Latest on Vaccines | Conan Wants To Help You Get Your Vaccine →