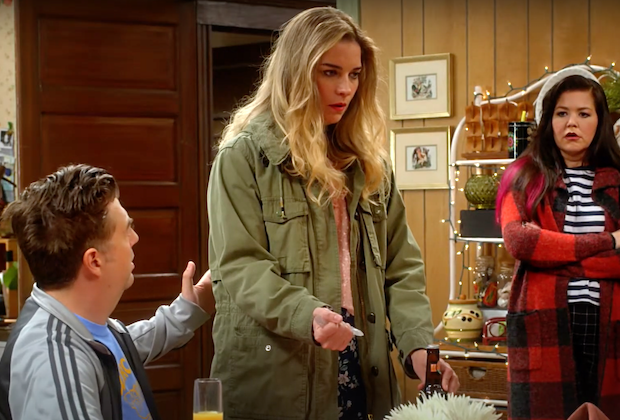 A few years back, the Kevin James sitcom Kevin Can Wait killed off its wife character, played by Erin Hayes, so that … James’ character could bang Leah Remini’s character. Here’s how Courtney Enlow summed it up at the time:

Here’s the thing: generally speaking, it should be frowned upon to kill a woman so you can date a different woman. Yes this is just television, but the idea of the Disposable Woman, an impediment that needs to be eradicated in pursuit of added pleasure or ratings, is a dangerous implication. Literally, of course, but also in terms of entertainment where well-written female characters are already at a minimum; do we really need to do a swap out? Is there seriously not room for two?

Rashida Jones and Will McCormack were likewise annoyed, and with creator Valerie Armstong (Lodge 49), they developed a sort of sitcom response called Kevin Can Go F**k Himself, and it’s coming to life this summer on AMC. It’s about a pretty wife, played by Annie Murphy, who wants to kill her schlubby husband (Eric Petersen), and it appears that the fantasy life in which she wants to murder her husband plays out like a sitcom, a la WandaVision, only this one is a very dark comedy.

She’s not going to take it, or fake it, anymore.

Emmy-winner Annie Murphy (@annefrances) stars in Kevin Can F**k Himself, coming this summer to @amc_tv. pic.twitter.com/fArdGmvBvO