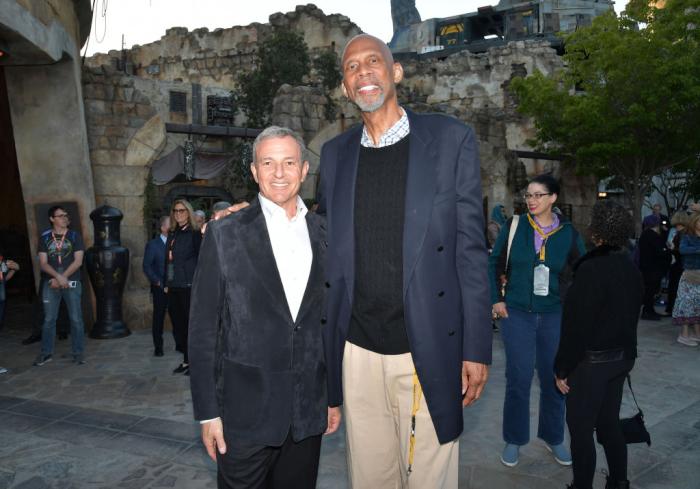 How Many Professional Athletes Have Become TV Writers?

Much has already been written about the new season of Veronica Mars (which I generally enjoyed), but there’s one thing that I keep thinking about, which is, naturally, the fact that NBA legend Kareem Abdul-Jabbar was (along with his writing partner, Raymond Obstfeld) on the writing staff of the show, and received his first television “Written By” credit on episode six: 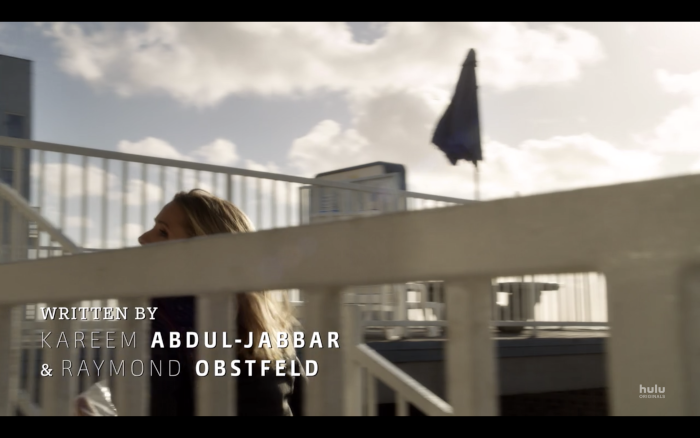 The fact that they were up to the task isn’t surprising — both are accomplished writers (they’ve written a number of books together), and Kareem has known Veronica Mars creator Rob Thomas for a few years now, but even in a time of peak television, a first on-screen credit is still a big deal, and not easy to come by — in general, becoming a professional TV writer is often compared to, well, becoming a professional athlete — the odds are long, and not everyone makes it.

But Abdul-Jabbar’s journey made me wonder: what other professional athletes have been able to make this very difficult, very specific career change? After all, it’s not that uncommon for athletes to become writers. It’s also not that uncommon for them to go into entertainment, although that usually happens on the other side of the camera as an actor.

Well, after looking into it (and with the caveat that I’ve probably missed some people), the list is pretty short: 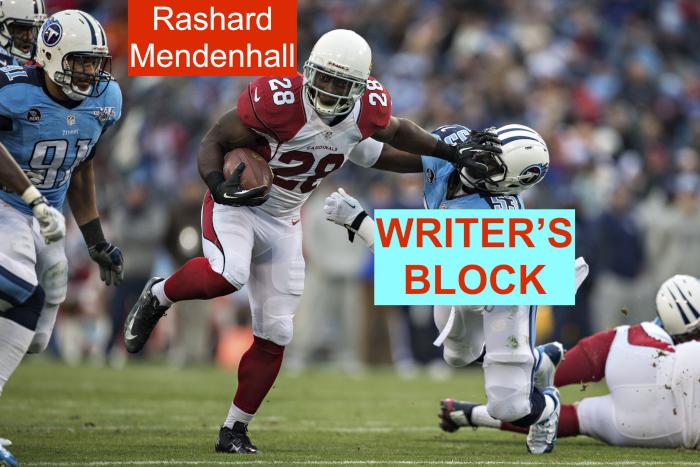 Mendenhall played six seasons in the NFL as a running back, mostly with the Pittsburgh Steelers, before retiring at the surprisingly young age of 26, which, of course, sounds crazy to almost anyone who has ever fantasized about being a professional athlete — why retire, when you’ve got so many productive years left?

Turns out, he had some good reasons: he accomplished what he set out to do, didn’t want to put his health at risk any longer, and had other things he wanted to do with his life, like pursue writing. And as luck would have it, he became available at the perfect time, as his transition from NFL player to ex-NFL player lined up almost perfectly with the creation of Elizabeth Warren’s favorite show, Ballers, which is centered on ex-NFL players.

Over the four seasons of the show, Mendenhall has stuck on (which is no easy feat, even if you happen to have the perfect knowledge base for the show), rising from staff writer up to a Producer-level credit on the most recent season in 2018. 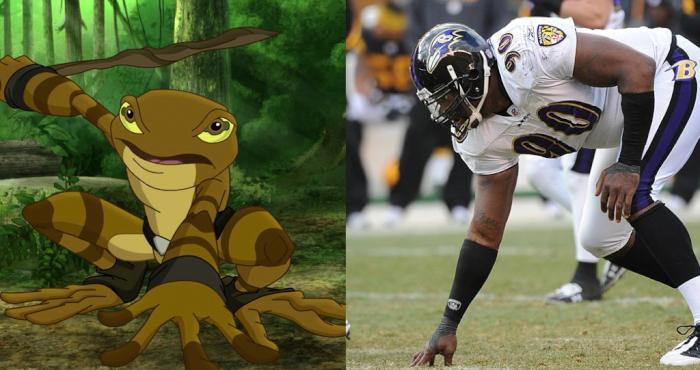 A defensive lineman, Pryce played fourteen seasons in the NFL, which is a great career (especially considering the average career for an NFL player is about three years), and unlike Mendenhall, people likely didn’t have as many questions for Pryce when he decided to hang up the cleats.

Also unlike Mendenhall, who found his way into television by landing on the right project at the right time, Pryce created his own path, as he first wrote a series of children’s books (the Kulipari series), and then turned them into an animated series for Netflix that he initially financed himself. Even though the show was successful enough for a second season, Pryce isn’t done going about business his own way, as it was recently announced that he’s working on new projects that would launch on a brand-new streaming network.

…and that’s it. Again, I probably missed some people (and please let me know if I did), but the leap from professional athlete to professional TV writer appears to be pretty rare.

I’m not sure what makes this particular career change so fascinating to me. At least some of it is, no doubt, jealousy — childhood dreams aside, I wasn’t talented enough (and also never worked hard enough) to even think about pursuing professional sports, but as a lifelong fan, that little boy in the back of my mind still wonders what it would feel like to be a professional athlete. And for these three to have found success in two incredibly specific, incredibly difficult industries certainly would foster jealousy.

But I hope it’s also the fact that these stories serve as a good reminder that you don’t have to be defined by one thing, even if it’s something at which you happen to excel. That you can (and probably will) pursue different paths in life, and go down roads you might not have sought out (and yes, it obviously helps quite a bit if you’ve made a good living in your first career, but still). That these new challenges and achievements can occur when you’re still young, or later in life. That you might happen to know the right people, or have the right life experience, or just create your own path, but every route is slightly different.

Then, all you have to be is ready.

← Why Is Natalie Portman the Female Thor? I'm Glad You Asked | Review: HBO's Brilliant 'Years and Years' Depicts Our All Too Realistic Future →