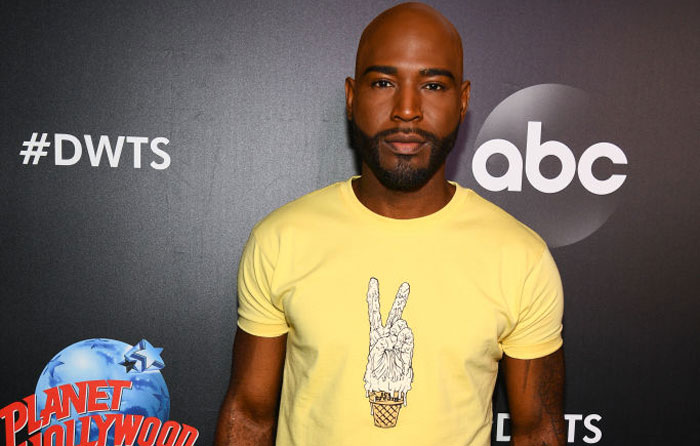 Karamo Brown might be best known for inspiring pep talks and looking great in a bomber jacket. But the chipper Queer Eye star sullied his image when he proclaimed his Dancing With The Stars Season 28 co-star Sean Spicer “a good guy, a really sweet guy.” In the wake of online outrage sparked by his comments, Brown has deleted his Twitter account. 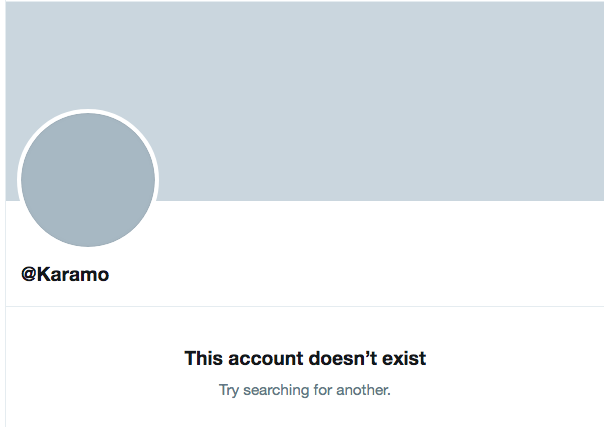 Before deleting his account, Brown blocked users who criticized him and deleted some tweets where he lost his cool. But now, even his more composed responses are gone, including this tweet:

Okay, here’s my truth… I’m a trained social worker and my first instinct is always to sit down and have a conversation. But I understand how my comments could lead people to believe that I don’t understand the gravity of the situation. The personal is political.

While Brown has been criticized by many, his Queer Eye castmate Bobby Berk had his back, offering some behind-the-scenes insight that could explain his actions.

As if being on @DancingABC with the stars wasn’t already one of the must grueling things anyone can put themselves through, celebs now have to deal with the producers & casting planting political land mines to blow you up. I’m very saddened by what my cast mate @Karamo is

Having to deal with today. We’ve been trained over and over to not talk smack about anyone in an interviews and to try to be as nice as possible. When being backed in a corner about voicing his opinions about @seanspicer Karamo’s media training kicked in as we are trained to do.

Don’t talk negatively about people in interviews! Always be nice! It’s frankly a really shitting situation to be put in and @ABCNetwork should be ashamed of themselves for having put the cast in the position of having to take a political side on a fucking dance competition.

Everything around us is constantly too political as it is. Shame on you ABC for now making this beloved show political by casting one of the biggest liars who has ever been. It’s called “Dancing with the STARS” and the fact that you’re calling him a star is disgusting. #DWTS

We’re with Berk on two counts: Spicer is trash and it is disgusting for Dancing With The Stars to promote a shameful propagandist as a “star.” And he makes an interesting point about media training, which is intended to keep celebs from saying negative—and thereby potentially polarizing—things. However, Brown was not backed into a corner in that interview. He wasn’t even asked about Sean Spicer. He was asked, “Who do you think your biggest competition is?” That’s a question that doesn’t immediately bring to mind a man whose most famous physical feat was hiding in bushes.

Still, Berk wasn’t alone in his support of Brown, as evidenced by this headline from Breitbart. 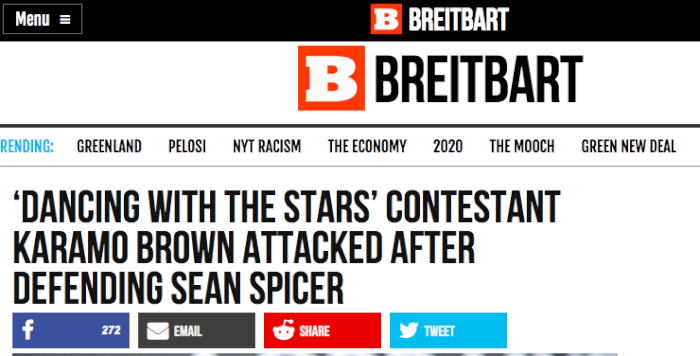 ← The NYTimes Turns a Corner on the Way It Covers Donald Trump | 'The Great British Baking Show' Returns to Netflix on August 30! →