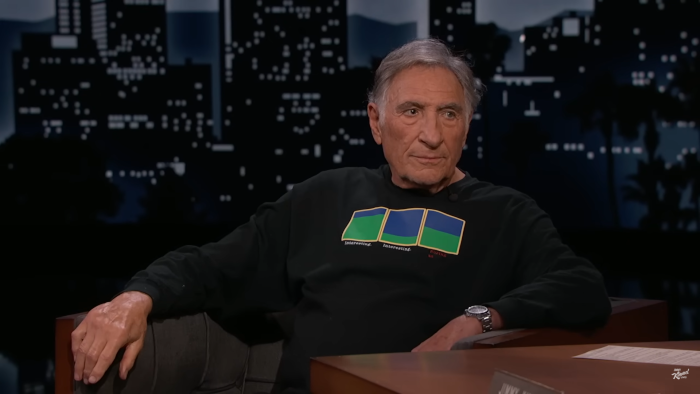 Judd Hirsch Is As Sharp As Ever

Taxi is comfort television for me. The late-’70s television sitcom is sharp and warm, and funny. I also grew up at a time when Taxi was firmly rerun most nights of the week. It gives me the feeling of being up too late to watch “adult” shows. It was mature, grown-up stuff in my young eyes. At my core, I was excited to watch Christopher Lloyd (Doc Brown to me) as much as I could. However, it was Judd Hirsch who made watching the show stick with me.

Watching Hirsch was a revelation. I didn’t realize at the time that you could be funny without acting silly. Here was a man getting laugh after laugh just by reacting to the craziness around him. To this day, I hold his performance on that show in high regard. It’s incredible. I’ve cherished any time I’ve seen him since then because he is still incredible. The man shows up in The Fabelmans (which I loved) for ten minutes, steals the movie, and leaves!

At 87, Hirsch can still make an impact. Here on Jimmy Kimmel: Live, he’s easily able to keep up with the host. Just the other day, I listened to Hirsch on an episode of WTF with Marc Maron, and Hirsch was the same. He even told a lot of the same stories he tells here, but he’s always able to make them sound exciting and new. He’s an elder statesman of the silver screen. An icon with stories to tell and the motivation left to tell them. He’s a gift, I tell you. A gift!