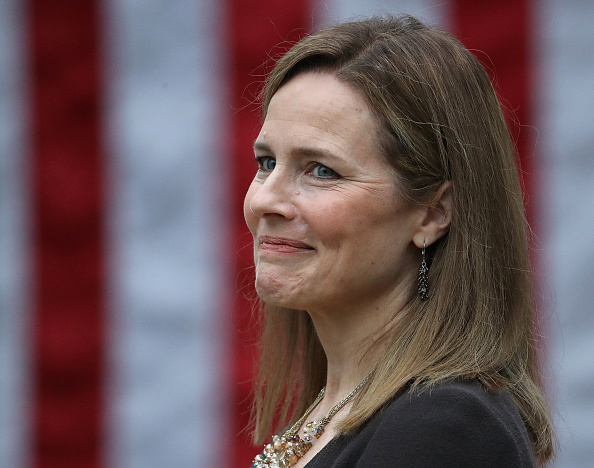 John Oliver: 'If Things Seem Hopeless Right Now, It’s Because They Are'

In last night’s Last Week Tonight, John Oliver did not offer a lot of hope or optimism when it comes to the Supreme Court, and to be honest, there’s not really any hope or optimism to offer. When Amy Coney Barrett is sworn in to replace Supreme Court Justice Ruth Ginsburg — and she will be — the court will tilt dramatically to the right, by a 6-3 margin. In fact, because Chief Justice John Roberts will probably side with the conservative majority more often now than before — so that he can actually pen majority opinions — what we’re looking at is essentially a court where Brett Kavanaugh is the ideological center.

Twenty years ago, I got swept up in a lot of romantic ideas about justice and civil rights and the right to a defense attorney from watching way too many episodes of David E. Kelley’s The Practice. Unsurprisingly, law school turned out to be nothing like The Practice, but after three years, you have no choice but to develop a respect and admiration for the institution of the Supreme Court. It was not a political institution. Two of the court’s greatest liberal icons — William Brennan and David Souter — were nominated by Republican Presidents, after all. Hell, in law school, you even develop a sort of respect for the intellect of Antonin Scalia, as Ruth Bader Ginsburg did, and the whole idea of textualism/originalism was interesting as a novelty.

Now? There’s basically 5 Antonin Scalias on the court. The whole f**king court will be Antonin Scalia. The entire goddamn court will be driven by some bullshit judicial philosophy Antonin Scalia came up with 40 or 50 years ago. I’m not quite sure how horrible people who didn’t go to law school realize that is. It means that every court decision will be interpreted according to the original intent of those who wrote drafted the Constitution, and because we can’t actually know what the original intent was, the Justices get their clerks to research the original intent, which means poring over 200-year-old documents to find out what James Madison would have thought of TikTok, and I probably do not have to tell you that that involves a lot of cherry-picking and interpretation, which is to say: An originalist claims to follow the “letter of the law,” which just means that he or she is interpreting the intent they way they want to interpret it.

That means when it comes to abortion or other right-to-privacy laws, an originalist will say, “Sorry, bud. That’s not in the Constitution. You’re shit out of luck. Let’s leave that to Congress and/or the States,” but when it comes to whether a man with a long history of domestic abuse can buy a gun, they’re like, “Well, John Jay had a buddy who used to beat his wife, but when the British came, John Jay was adamant that his buddy get a gun, so that obviously means that abusers deserve the right to buy a gun.” I’m not really exaggerating; this is basically something that Barrett actually did.

I’m also just super disappointed that this once apolitical institution will have been turned into a deeply partisan court by Mitch McConnell. I’d have a much easier time swallowing Amy Coney Barrett if the Republicans had allowed a vote on Merrick Garland, but at this point, the court has been completely spoiled by politics. Sadder still is that you cannot persuade a textualist with oratory and intelligence. I feel like they’ve made up their mind before arguments even begin, and then they find ways to slot that decision into the Supreme Court version of Ayn Rand’s objectivism. Ugh.

John Oliver covers all this and more, and with rage. While it is depressing as hell, John Oliver’s anger is much more healthy than despair.