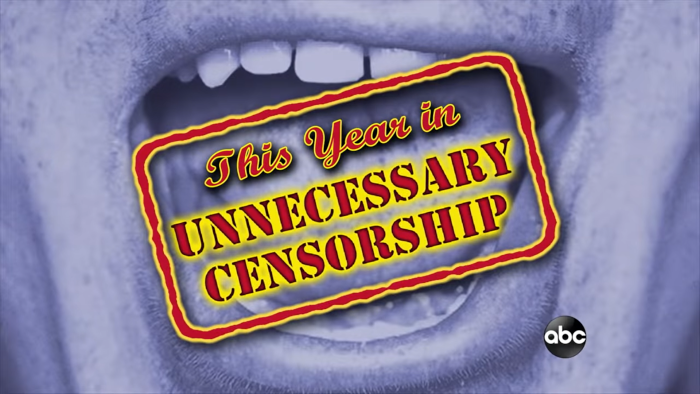 Jimmy Kimmel Gives Us A Censored Look At 2021

2021 has come and gone. Just sit with that for a moment. It’s a pretty nice feeling. It was a **** year; one that I thought would never end. Then why am I here talking about it? Aren’t we done with end-of-the-year recaps? Yes, but I thought I’d throw one more at you before we wrap this puppy up for good.

Jimmy Kimmel has a recurring bit on his show called “Unnecessary Censorship.” In it, his team takes news clips and censors them unnecessarily. Simple enough, right? Yes, and I think that’s part of what makes it so funny. It isn’t an overly complicated premise. They take words people say, and through censorship, they make them sound dirtier than they are. There’s something about it that just hits my juvenile brain in the right spot.

It’s not even like this video features anything that screams “2021.” If anything, these clips look like they could be from the future. Truly a best of both worlds scenario. If we’re looking at these bad years as a trilogy, 2022 could wrap things up on a high note. If we start the bad years in 2016 and assume we’re in a bad horror franchise? That means we’re wading into the direct-to-video years. Things may only get worse…

Until then, here’re a solid minute and a half of laughs. Let that distract you! May 2022 be more like Return of the King and less like Children Of The Corn 666: Isaac’s Return.

← Matt Damon Is Really Leaning into His Unflattering Persona, Isn't He? | Stream It Or Nah: 'Harry Potter 20th Anniversary: Return to Hogwarts' →