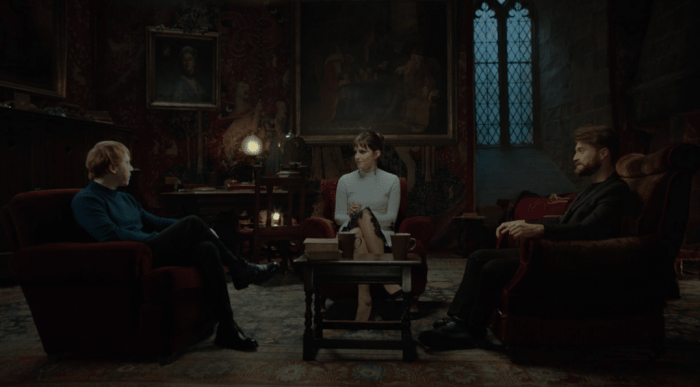 I am not here to talk about JK Rowling, except to say that I’m glad her inclusion in the Harry Potter 20th Anniversary: Return to Hogwarts special is restricted to a few, short, pre-recorded statements from 2019. No one needs to hear from her ever again. Instead of diminishing and sailing into The West (or where ever people go when they’ve made more money than God by influencing a generation to read and write books), she outed herself as a virulent transphobe and sullied the beautiful, allegorical world she created. Jerk.

I am here to talk about what it must be like, as an actor, to work on a project that is as transformative and life-changing as the Harry Potter franchise, and then get together 20 years later to talk about it in front of the world.

In my youth, and youthishness, I spent a lot of time and energy in theater. While it is absolutely different from film production in most ways, the parts where it is similar are what always draw me into these reunion shows. On any set there is a camaraderie that develops. If you’re incredibly lucky and/or have a brilliant casting director, that camaraderie isn’t forced. It just is. In theater, and in non-franchise movies, where you’re all going to go your separate ways in a few months, if you don’t get that then you don’t get it. You better hope everyone is good enough at their jobs to make the relationships believable. But, when you work on a ten-year-long project you are fully immersed in this strange, new world together and form lasting bonds that surpass friendship. Good acting is about listening and being honest, supporting your scene partners, and creating safe spaces for exploration. You are at your most vulnerable when you are doing this work. Now take all of that vulnerability, anxiety, and excitement and add a dozen sets of pre-teen hormones and also, you know, magic. What fun chaos it must have been. Imagine being fortunate enough to have ten years to develop not only your character but also the relationships you have with your fellow actors. I know that not every ensemble loves each other, but watching the Return to Hogwarts reunion, it is evident that this one did. Spoiler Alert: Dan Radcliffe CRIES talking about how foundational the cast and crew of the Harry Potter films were to him as an actor and a person. 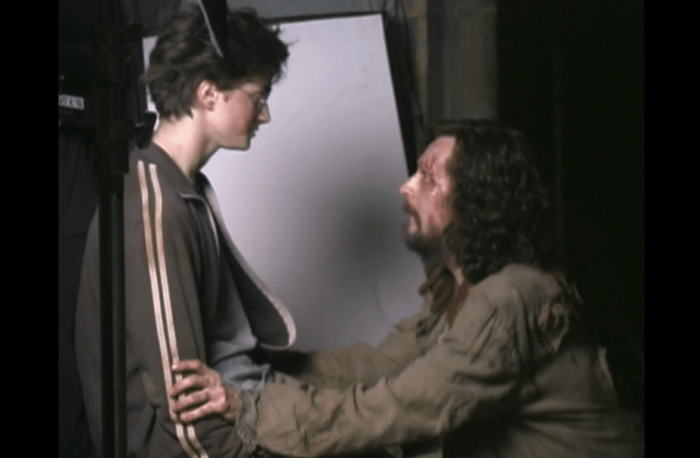 I was an adult of fully legal drinking age when the first Harry Potter movie was released in 2001. My feelings toward the cast of kids is mostly maternal (except for my wholly inappropriate crush on Rupert Grint.) It brought me a lot of joy to have Chris Columbus, director of Harry Potter and the Sorcerer’s Stone and Harry Potter and the Chamber of Secrets, talk about trying to corral this precocious group of 11-14-year-olds and watch footage of them all playing together on set. Tom Felton reminisced about being a bit of a prat to Emma Watson during auditions, and the three leads talked about the games they all played — hand slaps and the variation Grint referred to as “shins” — all of which were really just about kids hitting each other. It all makes perfect sense given the playground that was the Hogwarts set. It was nice to learn that the Weasley family really felt like a family. I really enjoyed listening to adult Emma Watson and Tom Felton talk about how much they grew to love each other and how strong their friendship is. Matthew Lewis had a really lovely moment where he talked about how playing Neville Longbottom (aka the greatest glow-up in all of history) helped him grow out of his shell as a shy child. NOTHING BUT THE BEST FOR LONGBOTTOM! To be honest, I could have watched another hour of the kids all talking to each other about how it felt growing up on those sets together.

The breathtaking collection of legendary British actors who were cast as the adults in the Harry Potter universe gives these films, and this retrospective, another layer of depth. Clearly, the kids were not carrying those films on their own. They had a wealth of talented and generous actors to play against and help them learn not only to be actors, but also people. Those kids probably spent more time with Maggie Smith, Robbie Coltrane, et. al than they did with their own parents for those ten years. Helena Bonham Carter and Dan Radcliffe are clearly delighted to be in each other’s presence again during the special. HBC revealed that she saved an autograph she had Dan make out to her when he was 17. It’s touching really; Dan wrote that he wished he were old enough to have a shot with her. She has the note hanging in her bathroom. Likewise, Dan’s sit-down with Gary Oldman revealed the depth of the relationship they cultivated while working together. Most, if not all of the adult actors were well established and very well known before they became part of Harry Potter. But I struggle to think of any project any of them has ever worked on that has the same scope and scale as this franchise. I know that scope and scale do not equal quality, and your mileage may vary on how good you think the performances and the movies themselves are. You have to admit that it was a huge undertaking not every classically trained actor would be interested in, or successful at being a part of. Every single one of them who was asked has a story about how their kids or their nieces/nephews absolutely insisted on them being a part of Harry Potter. Good call kids, thank you for your service. 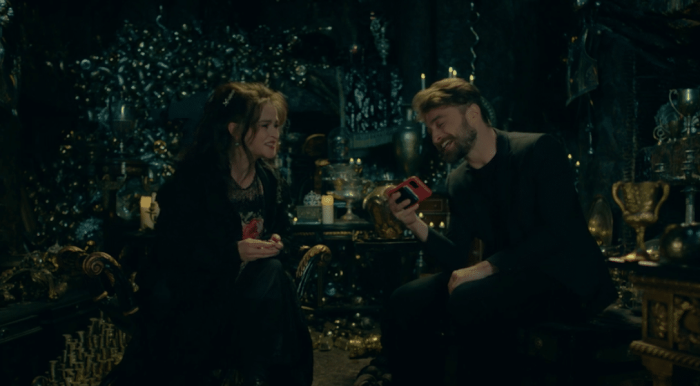 There is, of course, an In Memoriam segment where Richard Harris, Alan Rickman, Richard Griffiths, and Helen McCrory in particular were honored. I cried a little. I always cry during In Memoriams. Alan Rickman oof, his death still stings, and I never had the pleasure of even meeting him, let alone working with him.

Overall, the special was lovely. It made me jealous that they got this opportunity to sit down together and revisit this literally magical time in their lives. I know how I feel about the people I got to make theater with. I know how bittersweet the joy is when we find ourselves together again after all of this time. How easy it is to fall back into the relationships we created when we were younger. Watching Rupert Grint and Emma Watson talk about developing the romance between Hermione and Ron, how awful and awkward their Big Kiss was, and tearing up about how much they truly love and miss being in each other’s lives felt very familiar. It was also very comforting. Some things about Harry Potter are likely ruined forever. But the cast and crews of the films created something bigger than one person’s hateful views. They created this fantastical world that we can all visit any time, where we can be awed by the grandiose sets, the spectacular effects (in the Aristotelian sense, maybe not in the technical sense) and watch these kids, this band of misfits, grow into adulthood fighting against the embodiment of Evil. But also, more honestly, their fights are against the loss of innocence that adolescence steals from us all. This reunion showed us that The Kids Are Alright. They are actors and activists, parents, and storytellers. They all look back on their time at Hogwarts with the same amount of fondness and joy as the fans do.