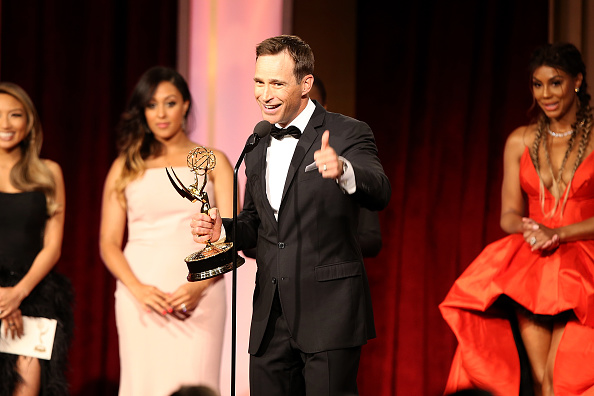 'Jeopardy!' Continues to Dig Its Own Grave, Standing by Mike Richards as EP

Josef Adalian has a thorough piece on Vulture about the behind-the-scenes machinations over at Jeopardy! that allowed Mike Richards to position himself to become host of the long-running game show, which he quit after only one day on the job due to a cascading series of controversies (and one very good piece from The Ringer). The gist of it is that the people with years (and decades) of knowledge and experience on Jeopardy! and in the game-show world left Sony/Jeopardy! in recent years, essentially leaving a guy named Tony Vinciquerra — installed as the head of Sony Pictures Entertainment in 2017 — in charge, and Vinciquerra had little creative experience, which allowed Richards to fill the void.

“You couldn’t script a more perfect scenario for a newbie such as Richards to seize control of the host-replacement process and engineer it so he emerged with the job,” Adalian wrote. “Richards let his own ego and desire for on-camera stardom take priority over protecting the institution of Jeopardy!, he added, noting that a big red-flag early on was when Richards himself — instead of a familiar face — decided to step in to be the one that acknowledged Alex Trebek’s passing back in November.

“When does the f—king exec producer of a show do the tribute as opposed to someone people know?” one gobsmacked industry observer asked me. Sony execs should have realized the person in charge of their search process wanted that process to lead back to him and immediately separated him from the hunt.

Adalian’s sources also noted that they thought that Mike Richards would be quickly fired as executive producer once they negotiated an exit package for him. “Firing Richards as EP is job one,” one source noted.

That does not seem to be the case. The New York Times is reporting that Richards is not going anywhere and that he has the backing of Sony’s top TV executive, Ravi Ahuja. “Mr. Ahuja praised Mr. Richards for his willingness to step down from the hosting job, saying it was the right move for Jeopardy!, and signaled that he expected the crew to move forward from last week’s uproar with Mr. Richards in charge, the people said.”

The only condition is that Richards will have to undergo sensitivity training, but otherwise will be given an opportunity to prove “who he really is.” In other words, the guy who botched what should have been a relatively easy process by positioning himself to take over as Jeopardy! host is still in charge of the very process he’s already badly messed up once. Was he also behind the decision to bring in Mayim Bialik as host of prime-time specials? Because that’s not going over very well, either, and the only reason why the decision to hire Bialik didn’t raise a bigger stink at the outset is because Richards’ scandals provided some cover.

Bialik will host a few weeks of new episodes to air in September followed by another round of guest hosts. Reporting suggests that it’s Ken Jennings’ job to lose, although hiring him will invariably lead to another round of negative headlines as Jennings’ social media history is once again scoured. At this point, however, the process is so tainted that Jennings might end up with the job anyway by virtue of the fact that many of the higher-profile candidates may not want anything to do with a process that’s already been tainted by the very man continuing to run it.