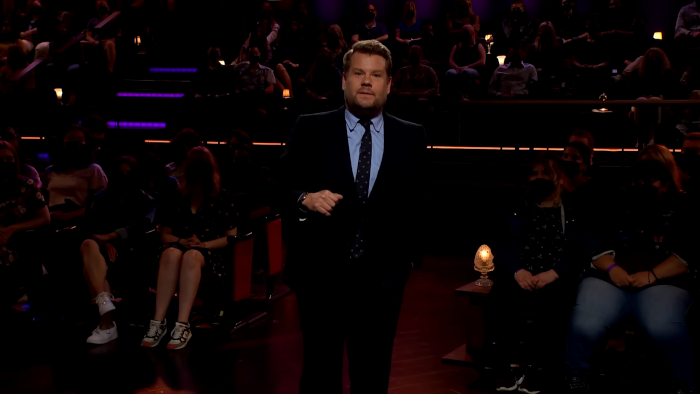 I wish I wasn’t writing about this. I do. Not for any smarmy, anti-James Corden sentiment. You know why. It’s because, this morning, I can’t think about anything else. Frankly, it would feel weird to try. Yesterday, an 18-year-old in Texas shot and killed at least 19 children and two adults. People are still trying to come to terms with this horrible and preventable tragedy. After filming his show, James Corden addressed his audience directly.

It is a message of confusion and pain. In moments like this, it’s helpful and maddening to hear from someone who wasn’t raised in a system such as ours. A system where shootings like this happen again and again and again. A system where nothing changes and it only gets worse. Corden is a father, like me, and mentions something that I’ve been dreading myself. The idea that sending your children to school could end this way. It is unfathomable, and yet it’s something that some people will label as “the price of freedom.”

James Corden speaking from his heart is not going to change things. It does give me a bit of hope for human beings. I don’t love Corden’s show. That doesn’t matter right now. We need more people to react to tragedies this way. We need more empathy and common sense. Otherwise, we’ll just end up with more tragedy.