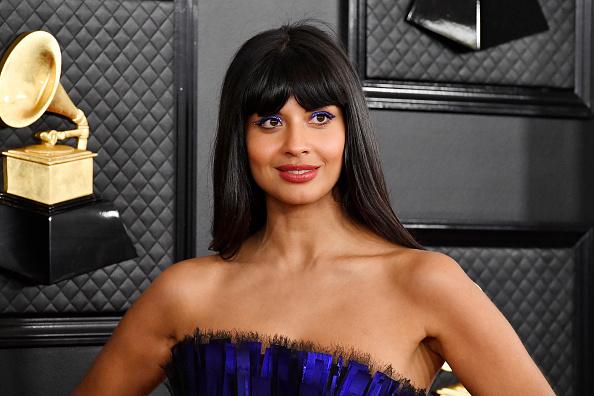 Jameela Jamil Tweets a First-Look of her 'She-Hulk' Villain, Titania

I wasn’t much of a fan of the HBO Max reboot of Gossip Girl, but there was one line in the series that made the entire season worth it. A character named Julien was going through a social media scandal and Twitter was piling on when one of Julien’s friends told her the scandal had just gotten worse.

It would be just like Jameela Jamil to take that as a compliment:

I truly feel that I’ve only NOW made it. We are nobody until we’ve been shaded on GG.

I’m not here to talk about Gossip Girl, but to show you the “first look” (sort of) of Jameela Jamil as the villain in the upcoming Disney+ series, She-Hulk.

Yes, thanks for the two-year-old joke, Jameela! And what’s up with your eye? Are you winking, or did your mascara stick together?

Jamil will play Titania, the arch-nemesis of She-Hulk (Bruce Banner’s cousin), who will be played by Tatiana Maslany. The 10-episode legal half-hour comedy due out next year also features Mark Ruffalo and Tim Roth, reprising their roles as Banner and Abomination, respectively. Renée Elise Goldsberry (Hamilton, Ally McBeal) will also star.