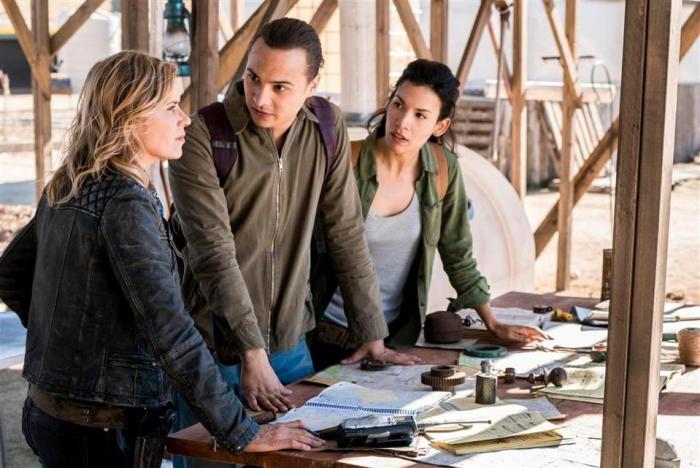 It's Finally Happened: 'Fear the Walking Dead' Has Brought Back a Long-Dead Character

Nearly four years ago, Kim Dickens — who played Madison Clarke — was written out of Fear the Walking Dead. She was the nominal lead of the series, and it wasn’t her choice. At the time, Dickens expressed heartbreak about being written out of the series. Fans of the show, likewise, were outraged because the show’s new showrunners had come in and had basically reconceptualized the series without its lead. That was the same season that the series had also killed off Frank Dillane’s Nick Clark and brought in Lennie James’ character from The Walking Dead as well as several new, high-profile series regulars, including Garrett Dillahunt, Jenna Elfman, and Maggie Grace (Grace and Dillahunt have since left the series).

Four years later and the show barely resembles the one that Kim Dickens left. Aside from the cast turnover (there are only three cast members remaining from the first season, and one of them — Rubén Blades’ Daniel Salazar — has been “killed off” twice), the series is now set in the midst of nuclear fallout in Texas.

Madison’s daughter Alicia (Alycia Debnam-Carey) has managed to stick around, although in the 7th mid-season finale, she was infected by a zombie and had nevertheless managed to survive. Based on the trailer for the back half, she will continue to survive, a first for The Walking Dead universe. Not only that, but the trailer for the back half also previews the return of Madison Clark. The last time we saw her, a horde of zombies and a fire had pinned her against the wall. Did we see her die? No, I suppose not, but Kim Dickens did say she had been written off the show.

The fans have been clamoring for her return basically since the morning after she was killed off, and with Fear struggling both creatively and in the ratings, AMC decided to bring her back, presumably to stay into the 8th season, at which point it will have outlived the mothership. Here she is in the trailer for the back half of the season.


← Review: 'To Leslie' is a Portrait of Small-Town Addiction Led by a Gripping Performance | At Least The BAFTAs' Fashion Tops The Oscars (With Bonus Kristen Stewart) →