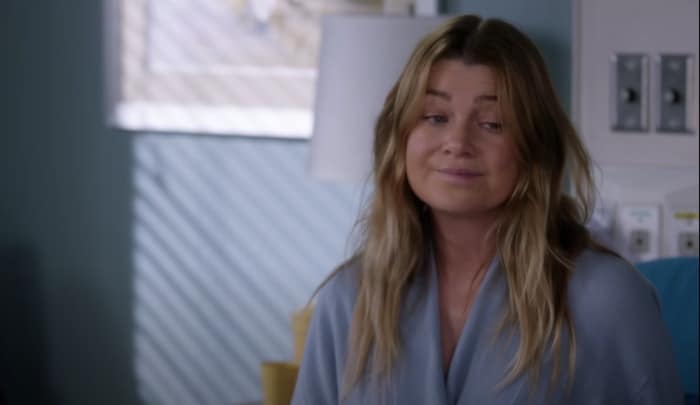 Is 'Grey's Anatomy' Ending After Next Season?

Grey’s Anatomy is one of the longest-running primetime dramas still airing, and it’s been renewed for the 18th season. Unlike some other long-running shows, the titular star seems a little ambivalent about the future of the series. There’s not the kind of gung-ho “I’ll keep doing this show until they have to wheel me off the set!” attitude coming from Ellen Pompeo about playing Meredith Grey that you hear from the leads of some other long-running series. And the conclusion of season 17 seems to hint that the show is working toward a specific ending, or at least what COULD be a specific ending.

(Warning: spoilers for the 17th season of Grey’s Anatomy follow.)

The last two episodes of the 17th season both encompassed specific time periods; the penultimate episode took place over six weeks and the last episode covered six months. This means that between them, the show jumped forward about eight months’ worth of time, and ‘yadda yadda yadda-ed’ a few pretty significant storylines. Jo’s legal fight to adopt Luna? The deterioration of Amelia and Link’s relationship? Meredith taking over the intern program and up-ending the way it’s run? These all feel like big stories that could have been told over at least a few episodes if not half a season or more of TV and we just zoomed straight through them to close out the season. It made me wonder if the sense of expediency wasn’t just an after-effect of having a shorter shooting time because of COVID, but because there are specific stories that the writers want to tell before the show ends, they were fast-forwarding a bit to get those stories into the 18th season.

I can’t say I’d be sad to see the show go, as my interest in it lies somewhere between a grim sense of obligation and the sort of comforting familiarity that can come from visiting a restaurant you loved as a kid even if you know as an adult that it’s really not good. Do I actually like Pizza Hut’s pan pizza anymore or do I like the way the slightly squeaky cheese and chewy crust make me think of redeeming “Book It!” certificates and eating in the restaurant with my family on special nights out? Same thing with Grey’s Anatomy. I do think the 17th season did a better job at covering current events than a lot of other shows that attempted to take on COVID or the Black Lives Matter and police brutality protests, specifically because they didn’t try to separate those stories into “very special” episodes, they were consistent themes throughout the season. At the same time, there were plenty of things I rolled my eyes at; the pushing of Maggie, Amelia, and Meredith as the “sisters” group got a little heavy-handed as though they were trying to re-write the “twisted sisters” history to be those three instead of Meredith and Cristina. Even Maggie’s dad referred to Amelia, who is the sister-in-law of Maggie’s half-sister, as Maggie’s “sister” at one point. I also didn’t love the sex-traffickers storyline that served as the Station 19 crossover, because I think it lent credence to internet conspiracy theorists who think you can buy children online via popular discount furniture resellers. I’ve already written about my respect for Ellen Pompeo’s hustle since she spent most of the season sitting on a beach, with a semi-lifelike doll taking her place in the hospital while Meredith languished in a coma, but it didn’t make for particularly compelling television. There were no stakes to Meredith’s illness, and the death of another character seemed to be brushed off after a single episode. It was a weirdly uneven season, but you can say that for most of the recent seasons of the show.

I can’t quite predict what is in the works for the next season of Grey’s. I feel like the destruction of Amelia and Link’s relationship (thanks to a failed proposal that used Meredith’s kids as accessories. I really hope THAT gets addressed.) and Jo’s adoption of Luna are pointing toward a Jo/Link pairing. Sure, they’re like brother and sister! Until they bond over caring for a very high-risk baby that both of them feel a special connection to thanks to their backgrounds. I also feel like we might be seeing a slow transition out for James Pickens Jr.’s Richard Webber as Meredith takes over the intern program, even if the show continues on past his departure. Whether the show gets a 19th season or not, I also think I know the ending that they want to have, and it’s Meredith delivering this speech to a fresh-faced group of interns:


You can feel it, right? The inevitability of it? Just another comforting reminder of what the show once was, packaged up in a way that’s still sort of good enough.