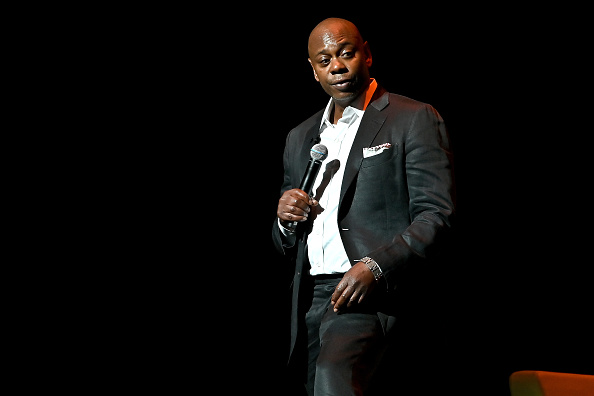 Yesterday, Netflix unexpectedly dropped a new Dave Chappelle title, What’s In a Name?, onto the service. It was not a new “special.” It was instead a taping of the speech Chappelle gave at the Duke Ellington School of Arts, where he ultimately declined — for the moment — to have the theater named after him after students took issue with his Closer special last year.

Much of the speech, to his credit, was about what the Duke Ellington School of Arts meant to him growing up. He talked about how he got in, spoke glowingly of the faculty, and about how the school changed his life. It was not particularly funny, but it was vintage Dave: Insightful and heartfelt. Until it wasn’t.

Then he gets self-aggrandizing, calling his Closer special a “masterpiece,” and himself a “once in a lifetime talent.” It was not in jest. It was not unlike when he told the students there last fall that he is “better than every instrumentalist, artist, no matter what art you do in this school, right now, I’m better than all of you.” He seems to believe that Closer was not just his best special, but better than everyone else’s, too. “I challenge all my peers to make its equal. They cannot. I am sure.” I’ve seen Closer. Even putting the transphobia aside — a big ask, given how dominant it is — it’s far from even Chappelle’s best special.

In any respect, he talked about how necessary it is for comedy to “be dangerous,” and told the audience that “the more you say I can’t say something, the more urgent it is for me to say it. It has nothing to do with what you’re saying I can’t say.” That, at least, rings true. I believe that’s what Chappelle genuinely thinks. It’s why he doubles and triples down on the transphobia: Because people tell him he shouldn’t, and so he feels the urgency to continue doing so because he — and Ted Sarandos — believe that the value in comedy is the ability to freely express yourself, no matter how hurtful — or dangerous to other people — those words can be.

And there’s a certain irony to the speech, too. Because he admitted that the students who lashed out at him last November genuinely hurt his feelings. “That day, that day, those kids hurt me … it really, sincerely hurt me … These kids talked about gender and this and that and the other, but they didn’t talk about art,” he said. But instead of acknowledging their freedom of expression, and instead of recognizing that his words were as hurtful to them as their words were to him, he suggested that the kids had been indoctrinated. That they had been brainwashed.

“These kids didn’t understand,” he continued, “that they were instruments of oppression.”